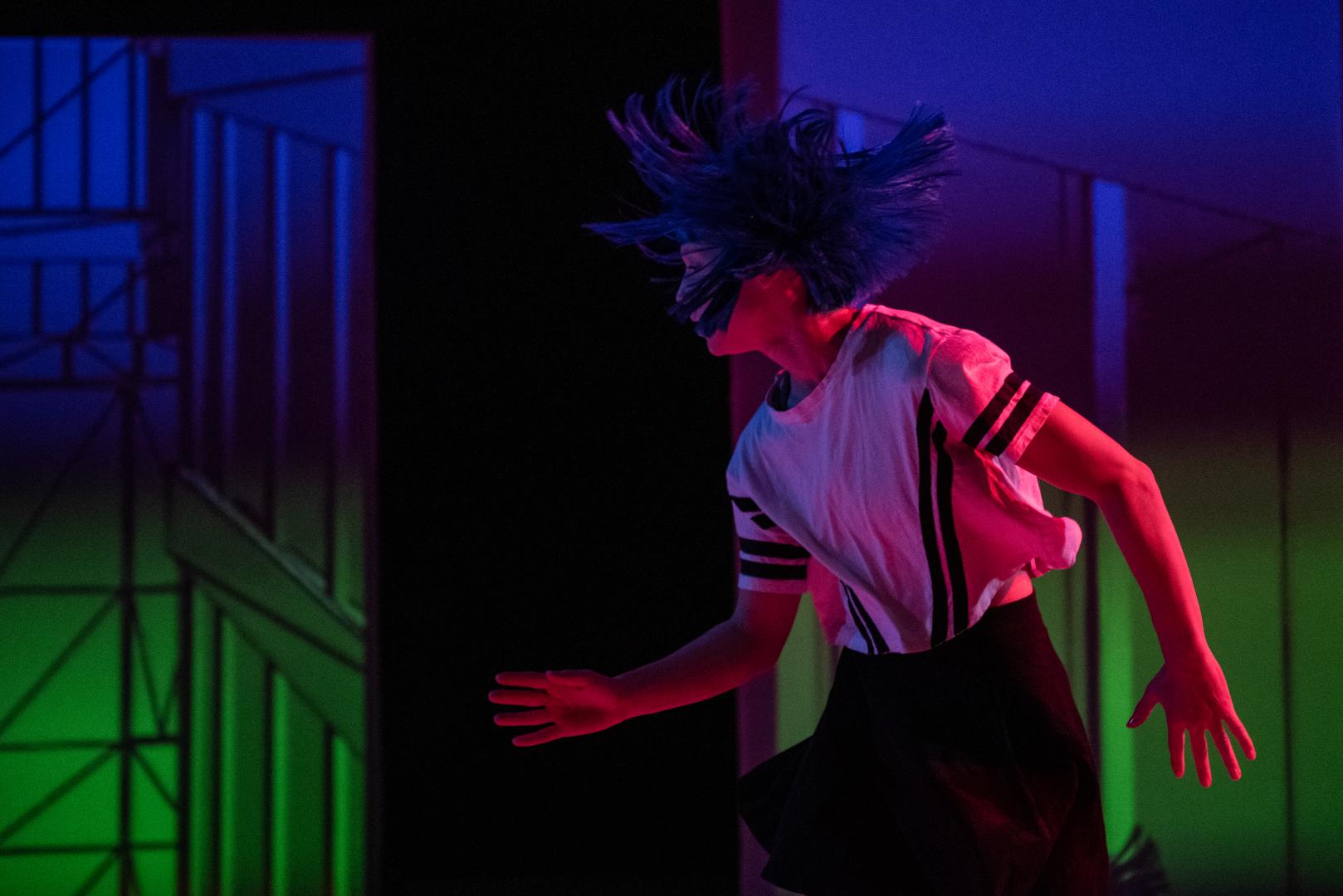 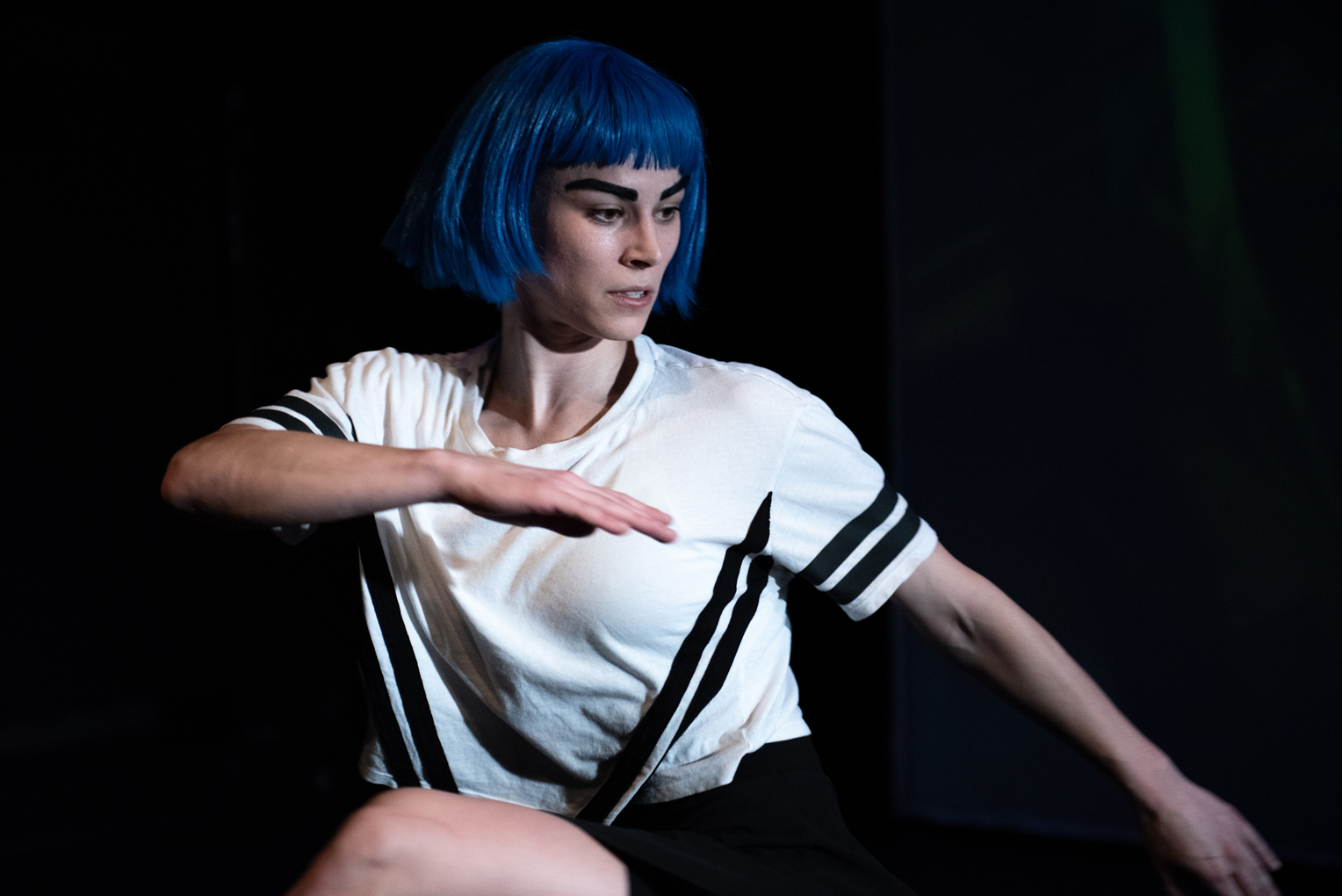 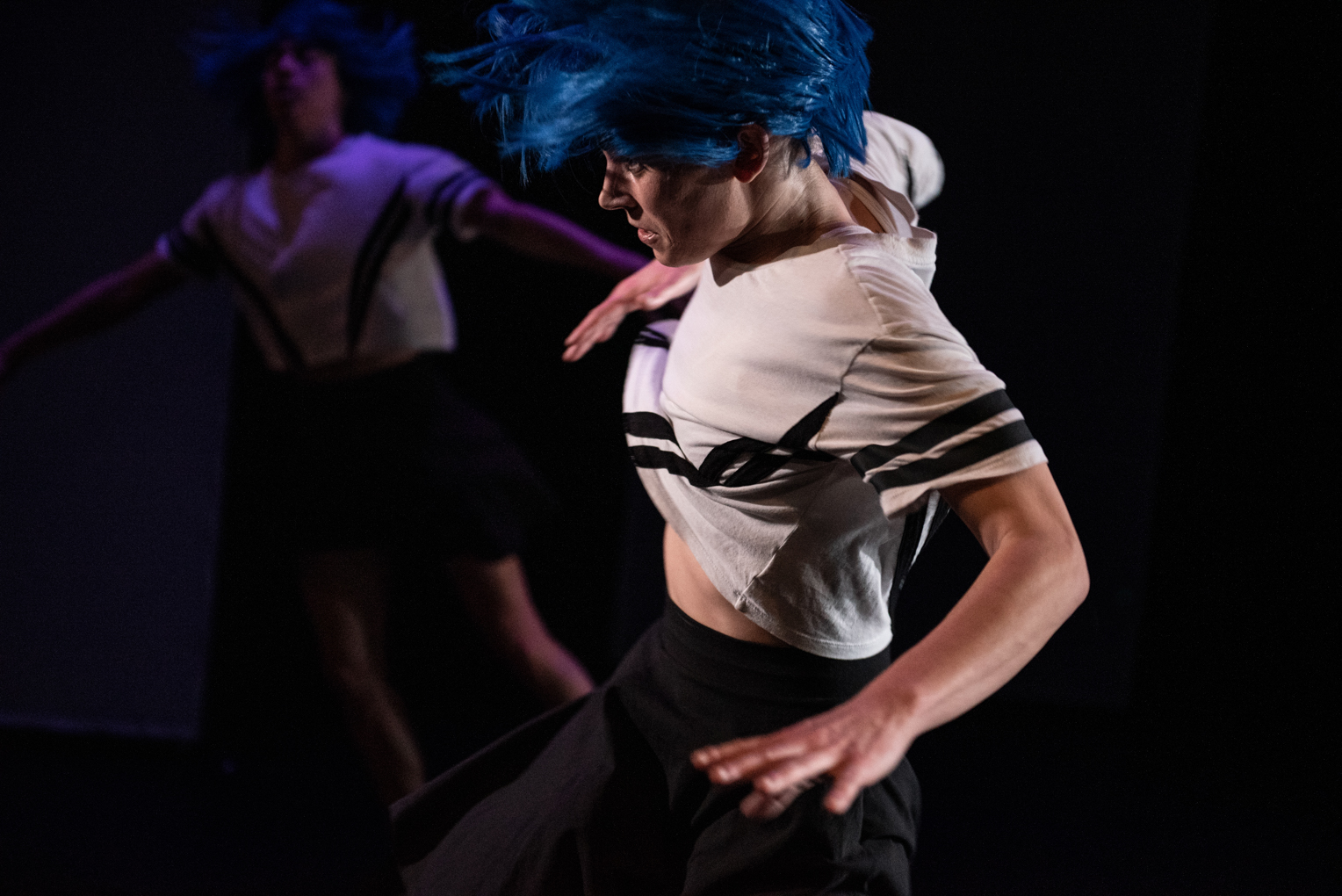 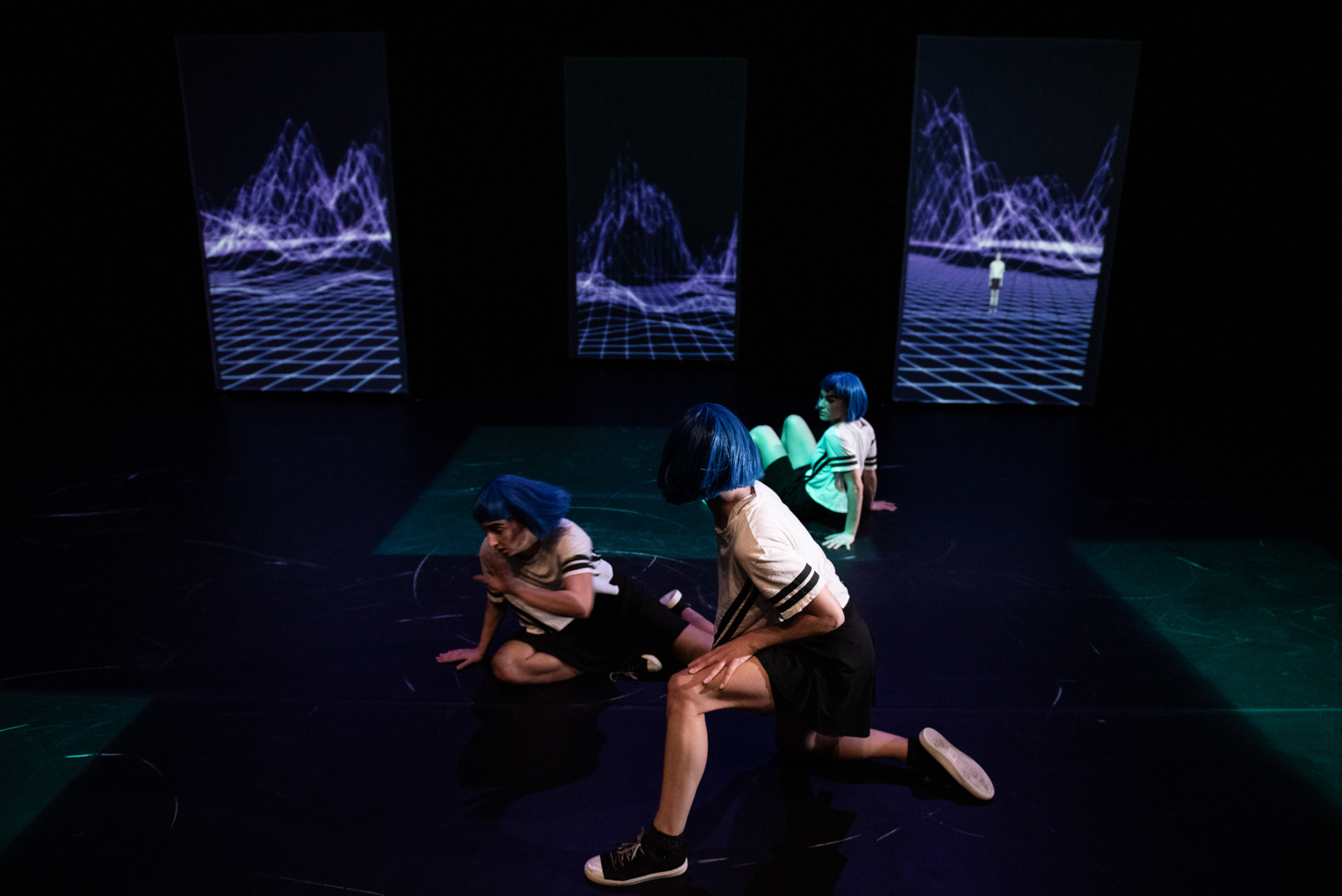 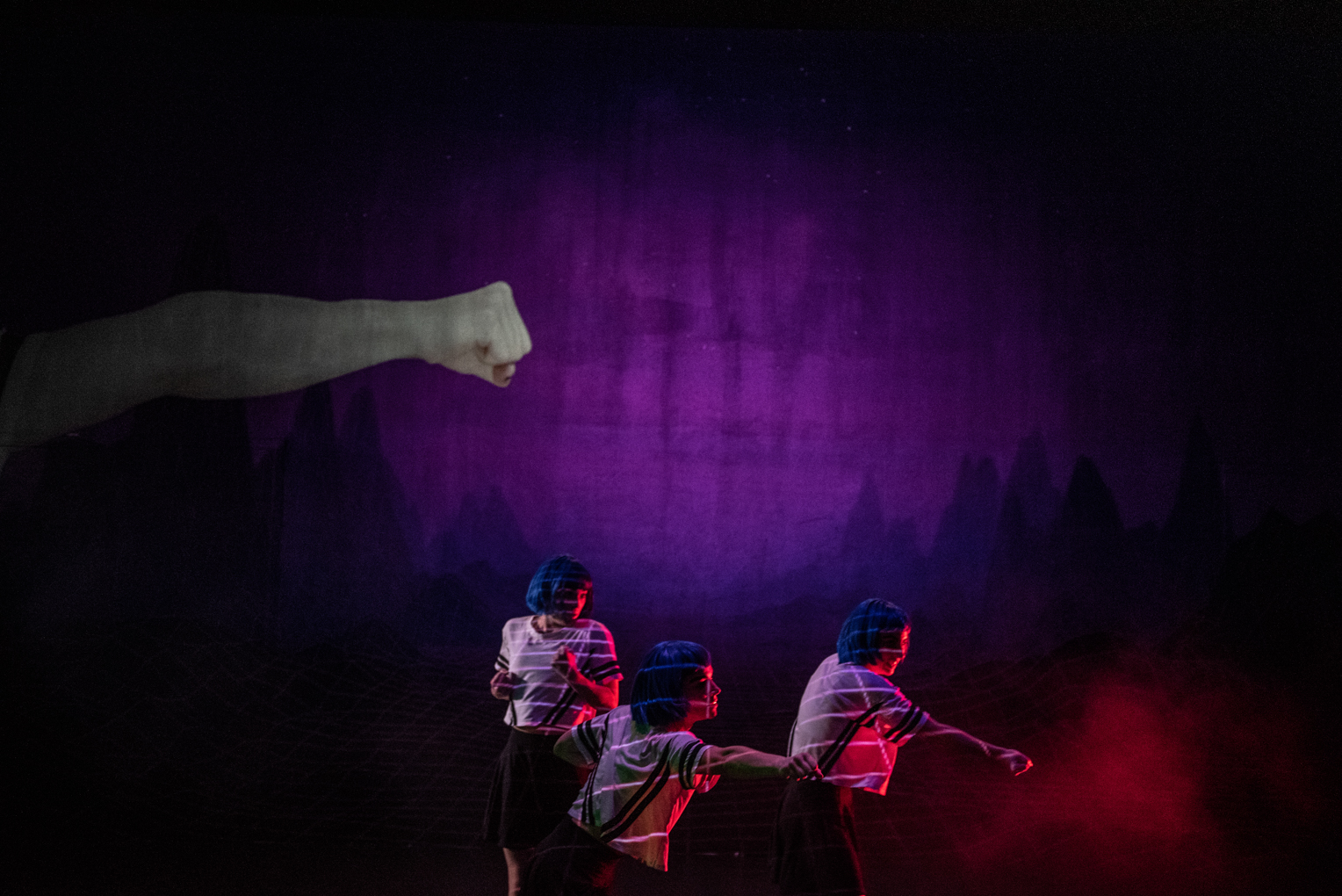 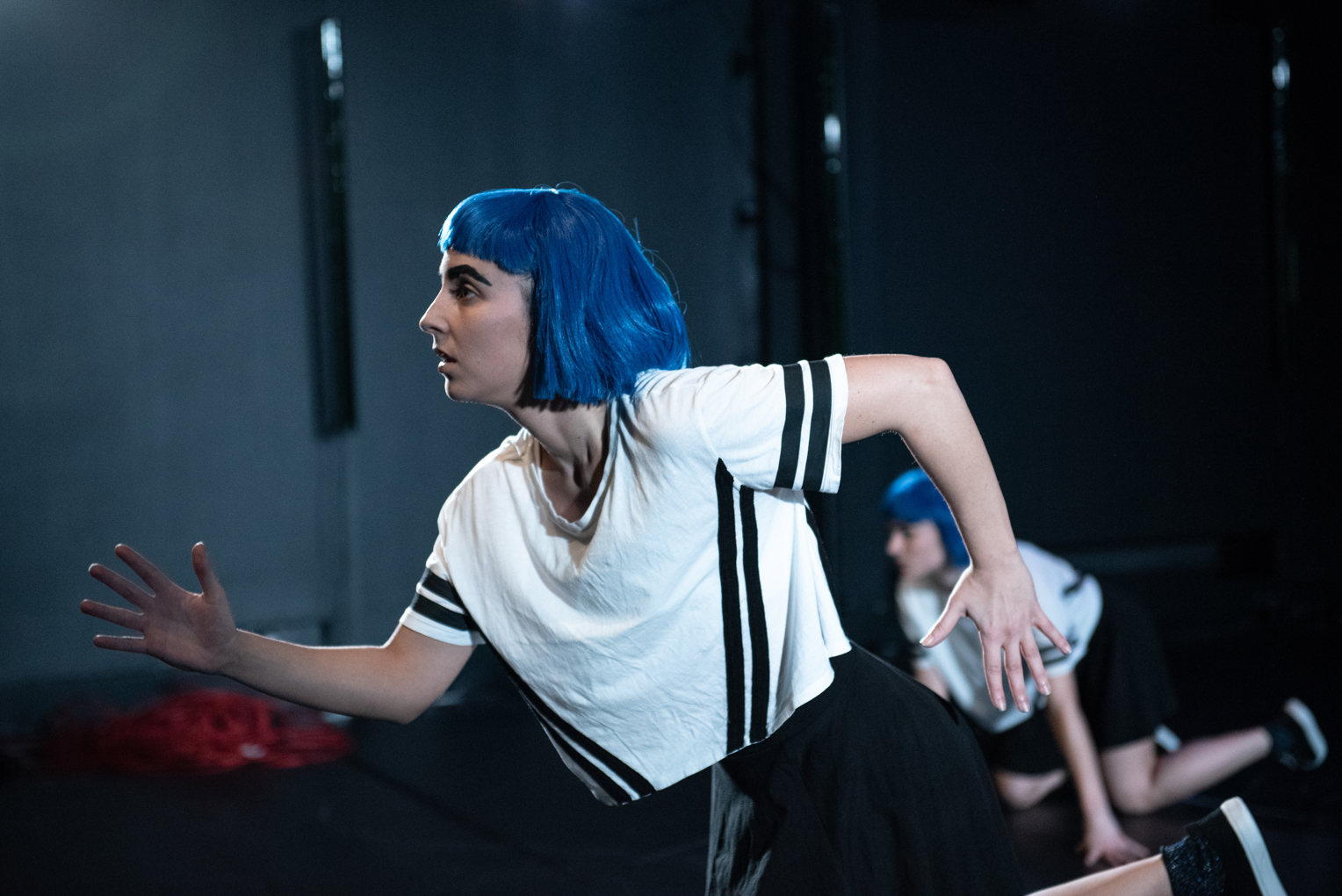 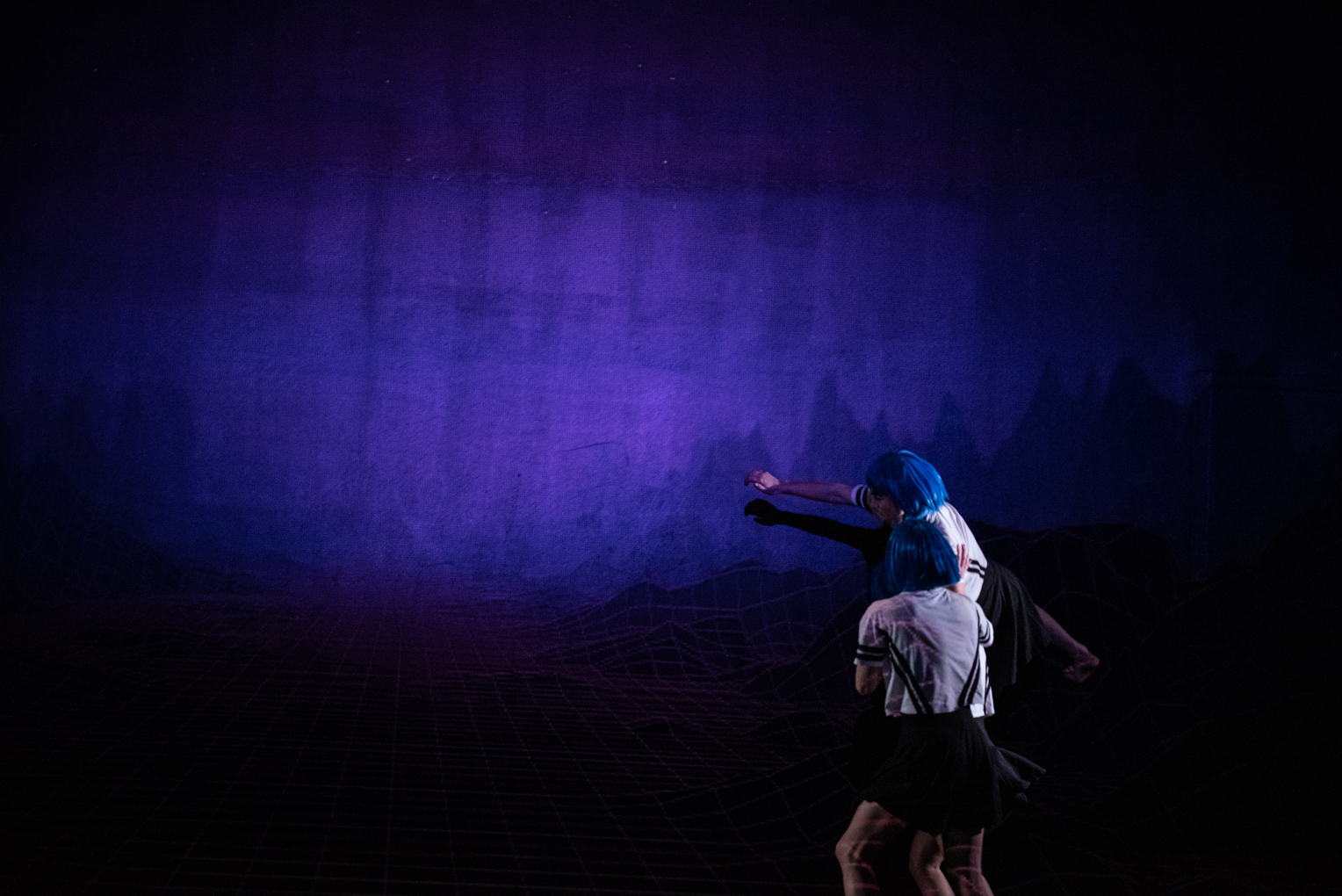 Escape Room is a game in which the object is to get out of a locked room within a certain time by solving a series of puzzles in riddles. The game has become popular around the world and in its different versions the players are set in different fictional spaces, such as prison cells or space stations. Our Escape Room is set in a simple room of an ordinary teenager, from which one enters into a virtual world. In order to enter that world, one needs to pass the registration process.

The system does not accept difference and the process is the same for everybody, with uniformity being not only welcome, but obligatory. Three dancers represent one character. They are all one and the same person. We don't know which one is the real thing. By erasing and assuming an identity, they can leave the room and enter a virtual space, a virtual room. The boundary between the two spaces is still clear, and the players communicate. They chat using emojis. Like in a theatre of the absurd play, the three of them stand side by side, each turned towards her screen, without the possibility of a real interaction. Once they are cleared, they are ready to exit/enter. They are in the virtual world, and the game begins. In the search for the keys which will lead them through a virtual maze, the players should work as a team.

Their communication is predetermined and limited to communication in a virtual reality. The only thing that keeps them connected to the real world is the power-supply problem. When the battery is low in the real space, the players are warned about it in the virtual one, and the friendly power cable becomes a hostile noose which makes further movement impossible. And movement is the only constant strategy in the search for exit. The boundary between Real and Virtual slowly disappears, until the real space gives way to the virtual one.

Designed for the young, this show deals with computer games, the common problem of their generation. The generation which has experienced its greatest thrills and revelations in a sitting position – in front of the screen. Wishing to introduce contemporary dance art to the young audience, we reach out to them through a theme they can relate to, raising the following questions: What happens when, instead of going out (into the real world), we go in (into the virtual one)? When does a game become dangerous? And who will recognize the danger, if all of us have taken a virtual identity? What is the social environment and what the illusion of a social environment? And how to recognize the real exit ouf the room? 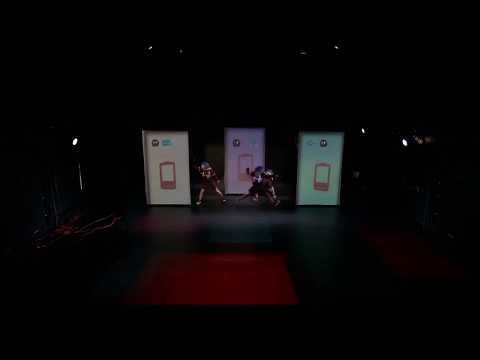