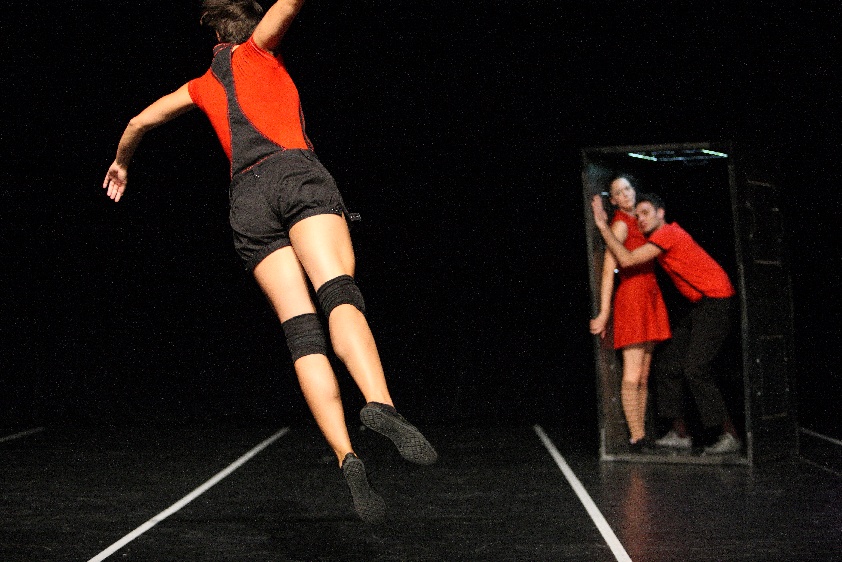 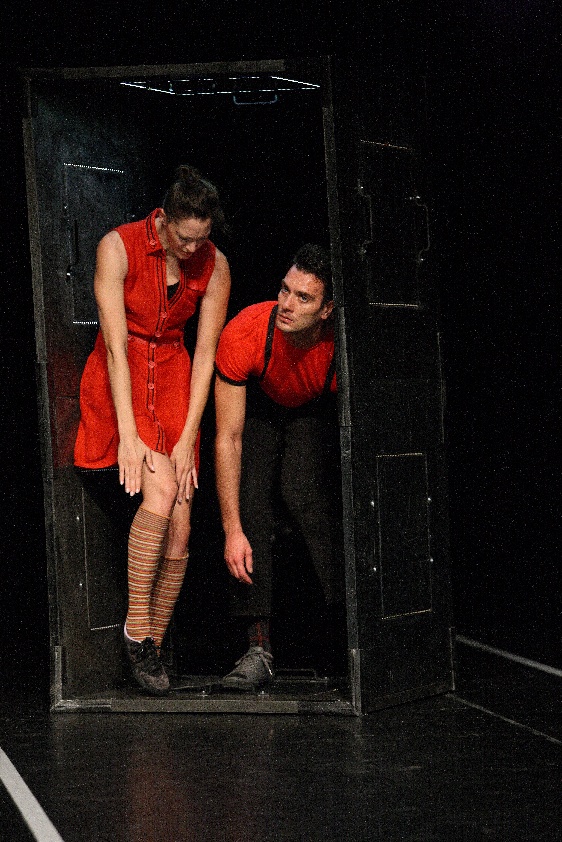 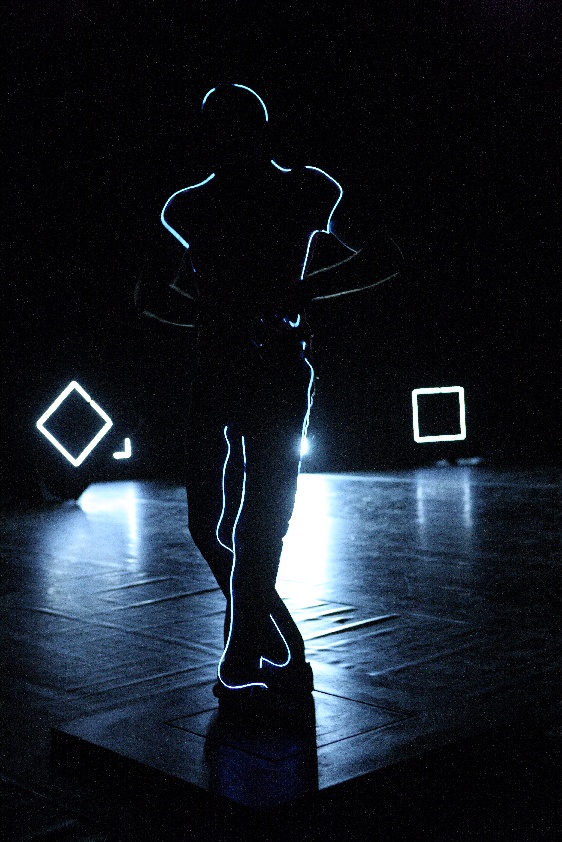 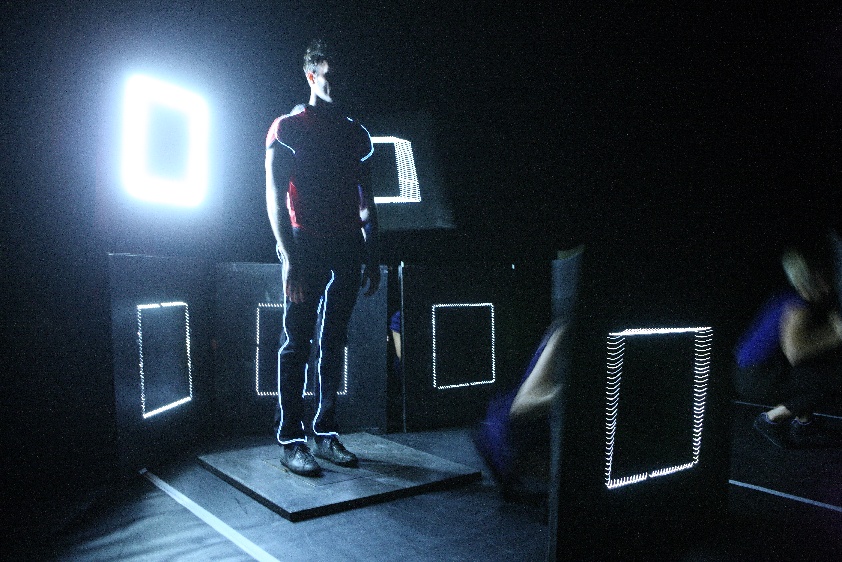 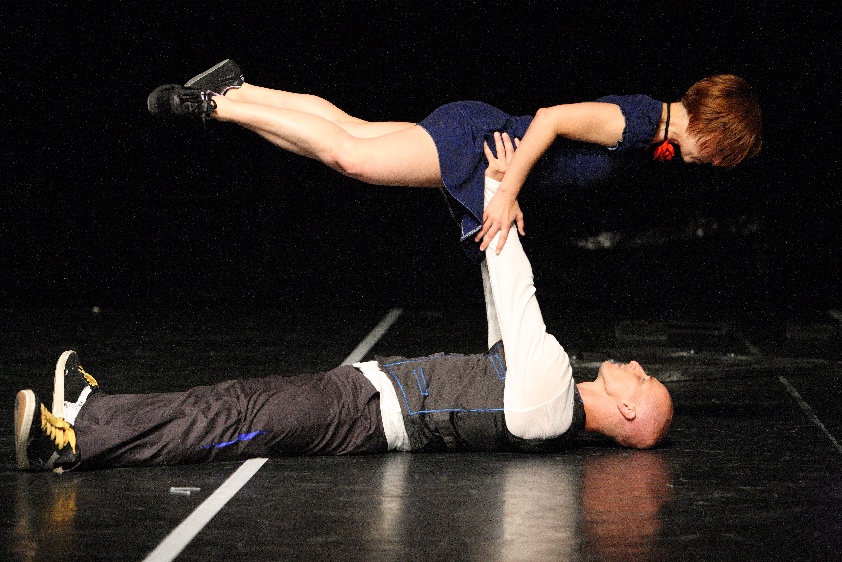 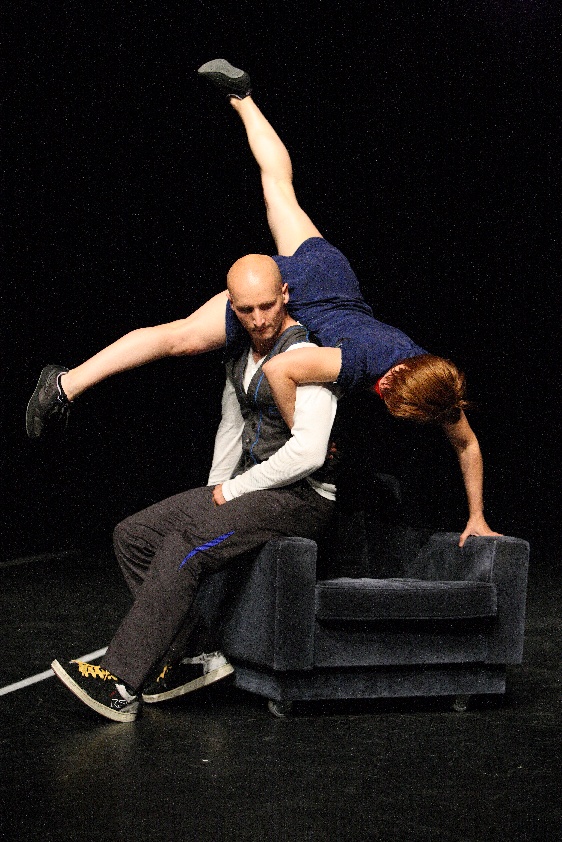 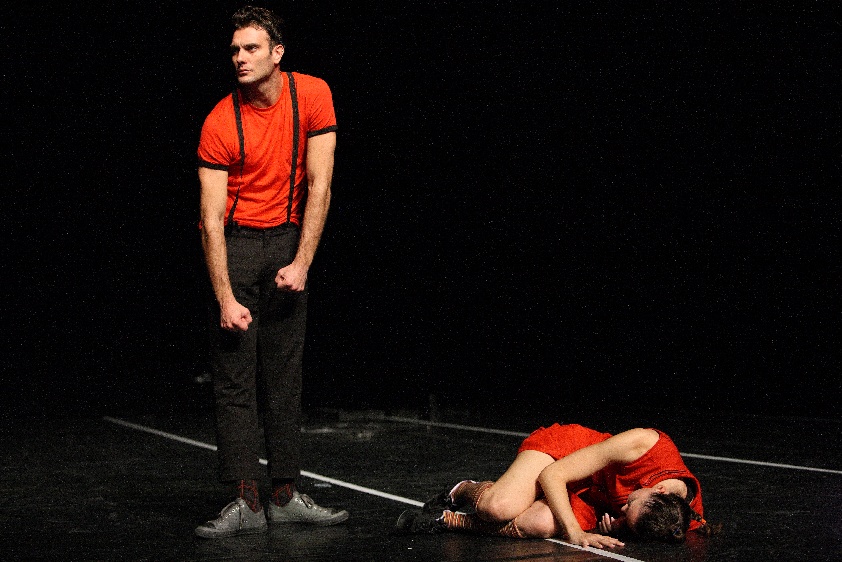 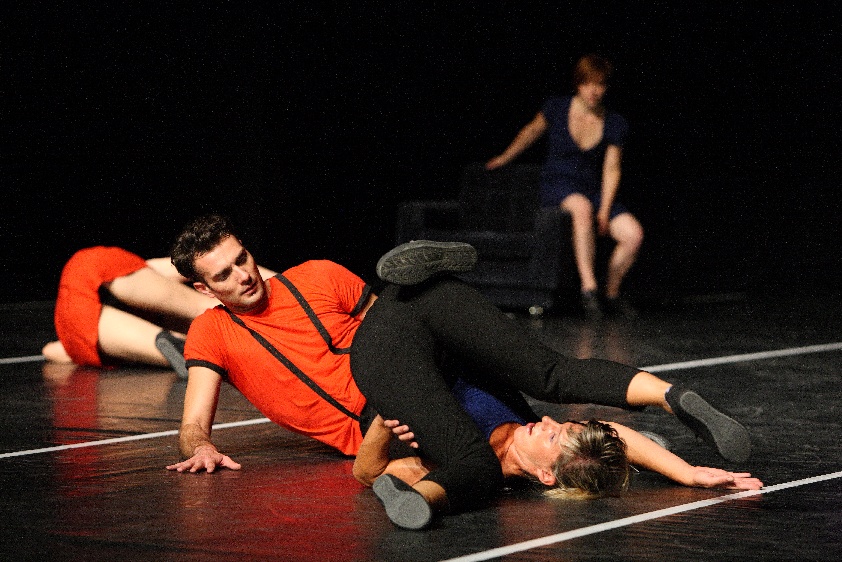 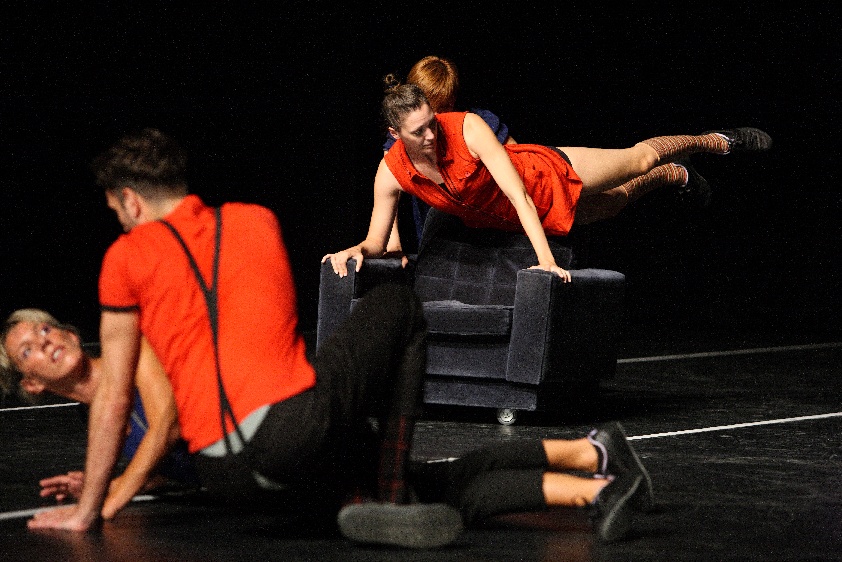 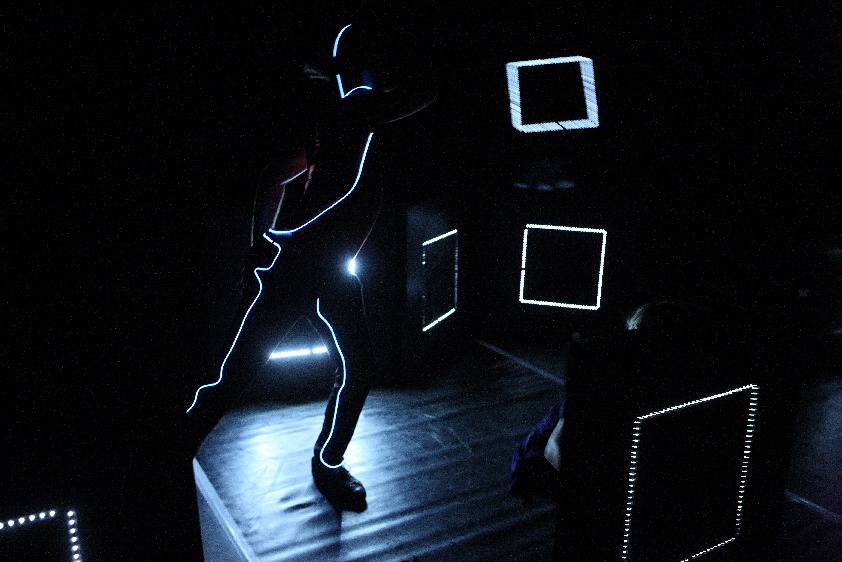 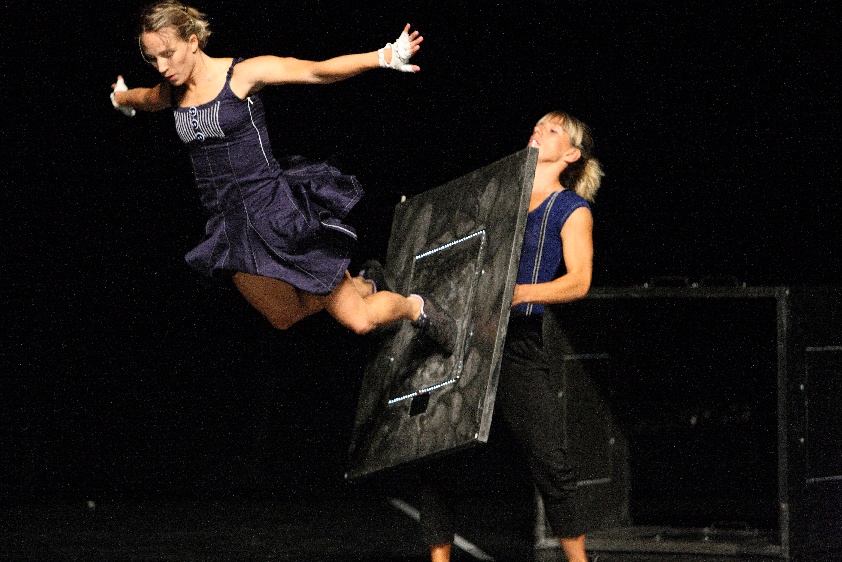 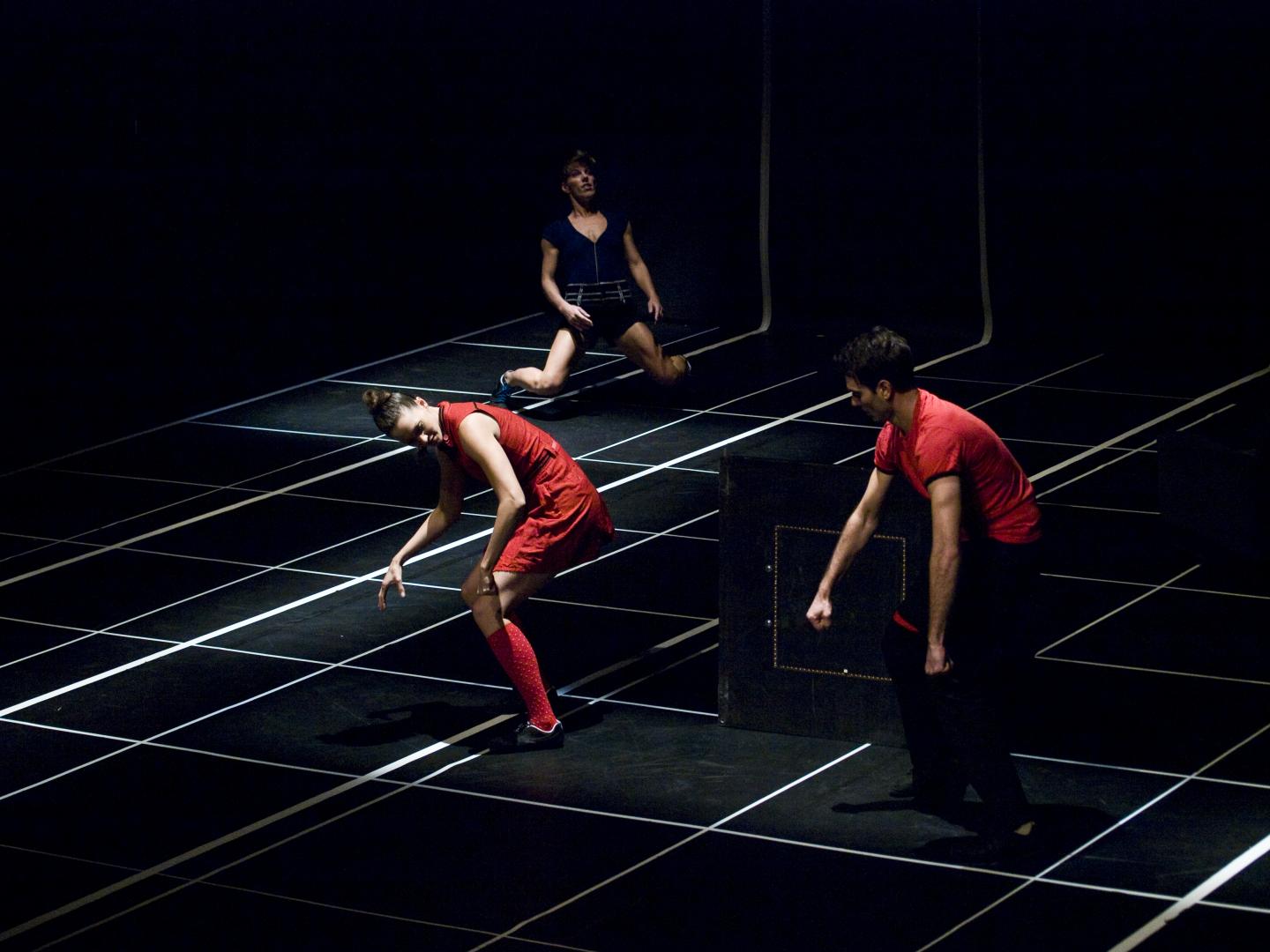 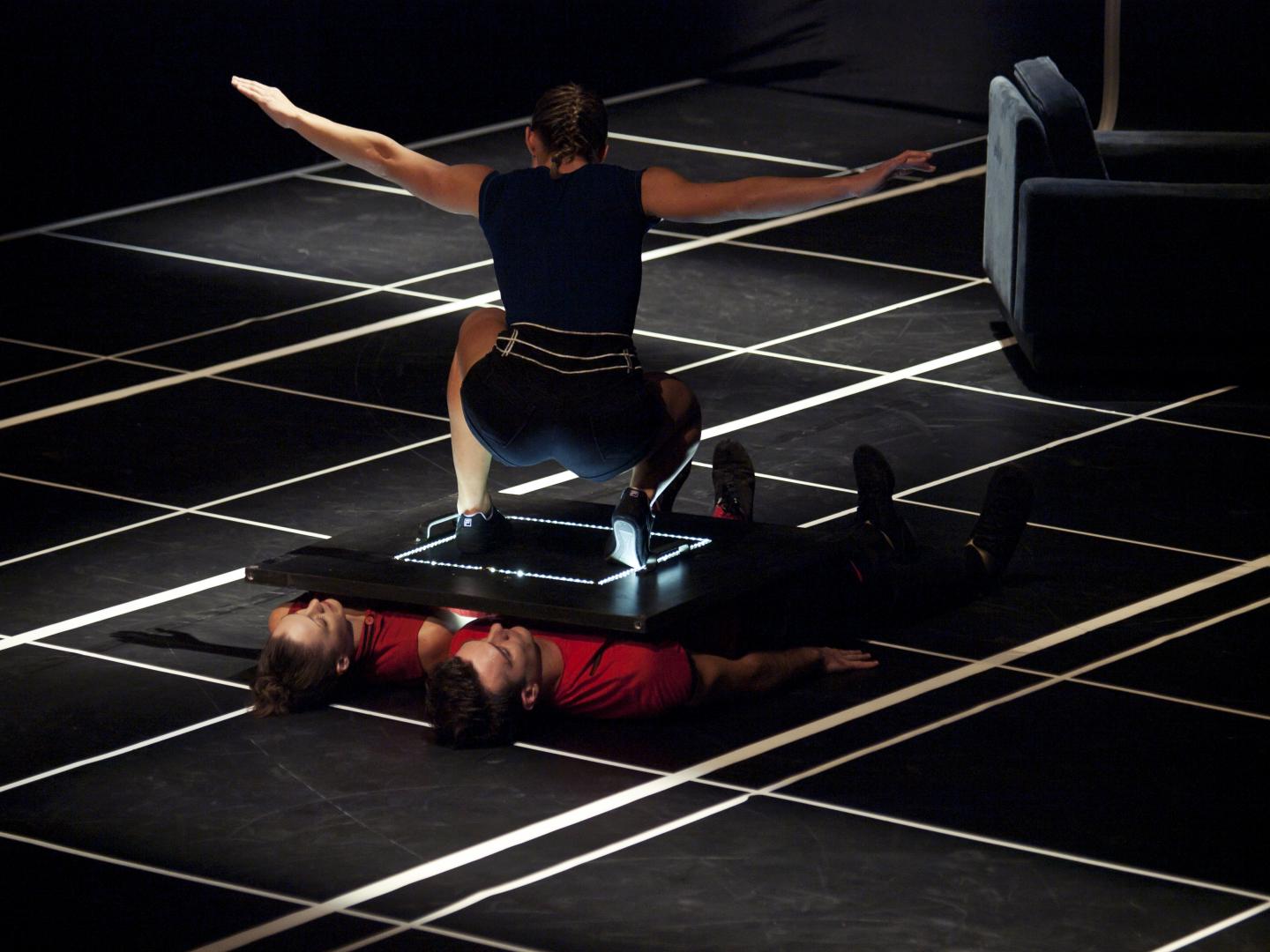 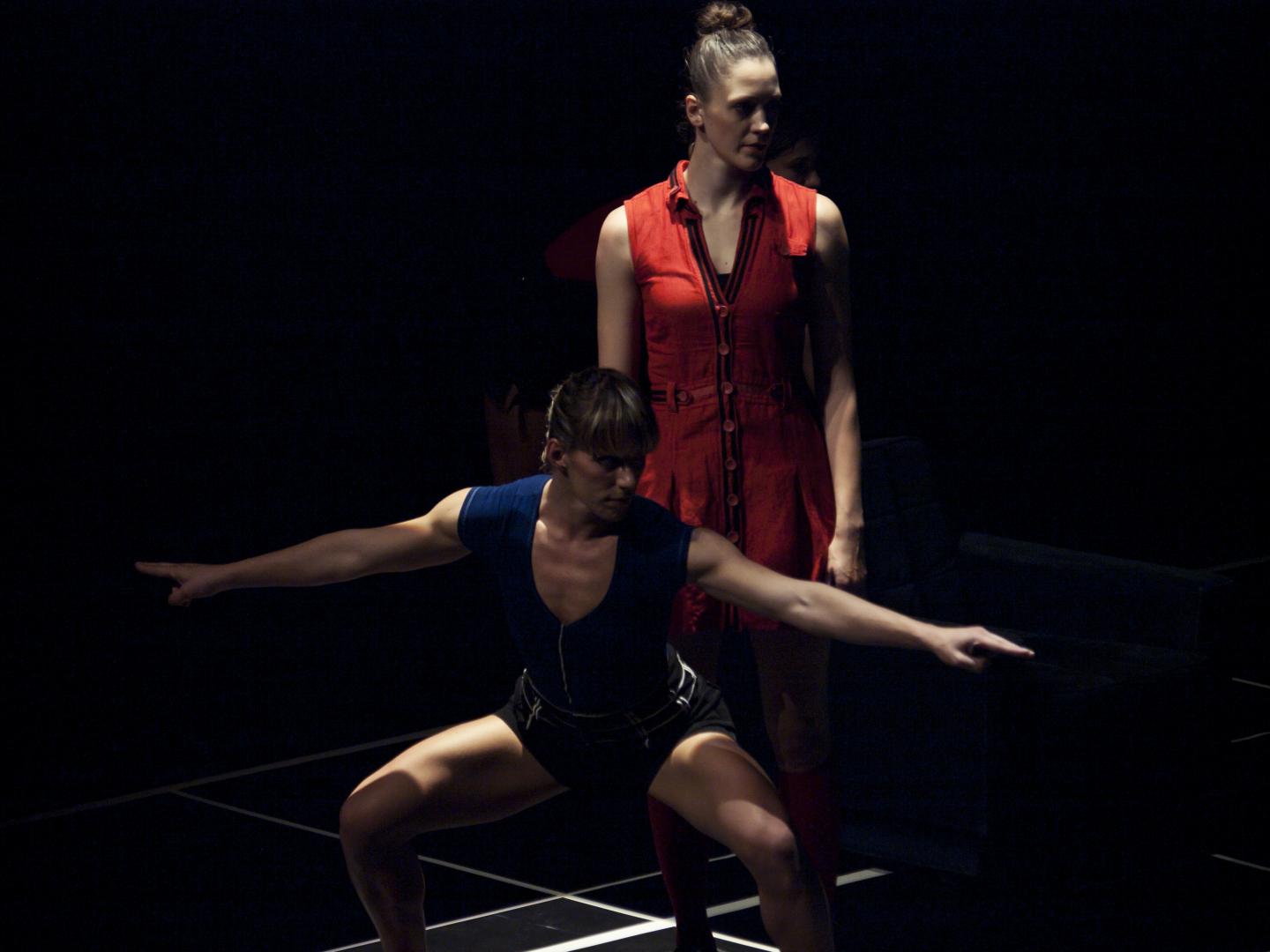 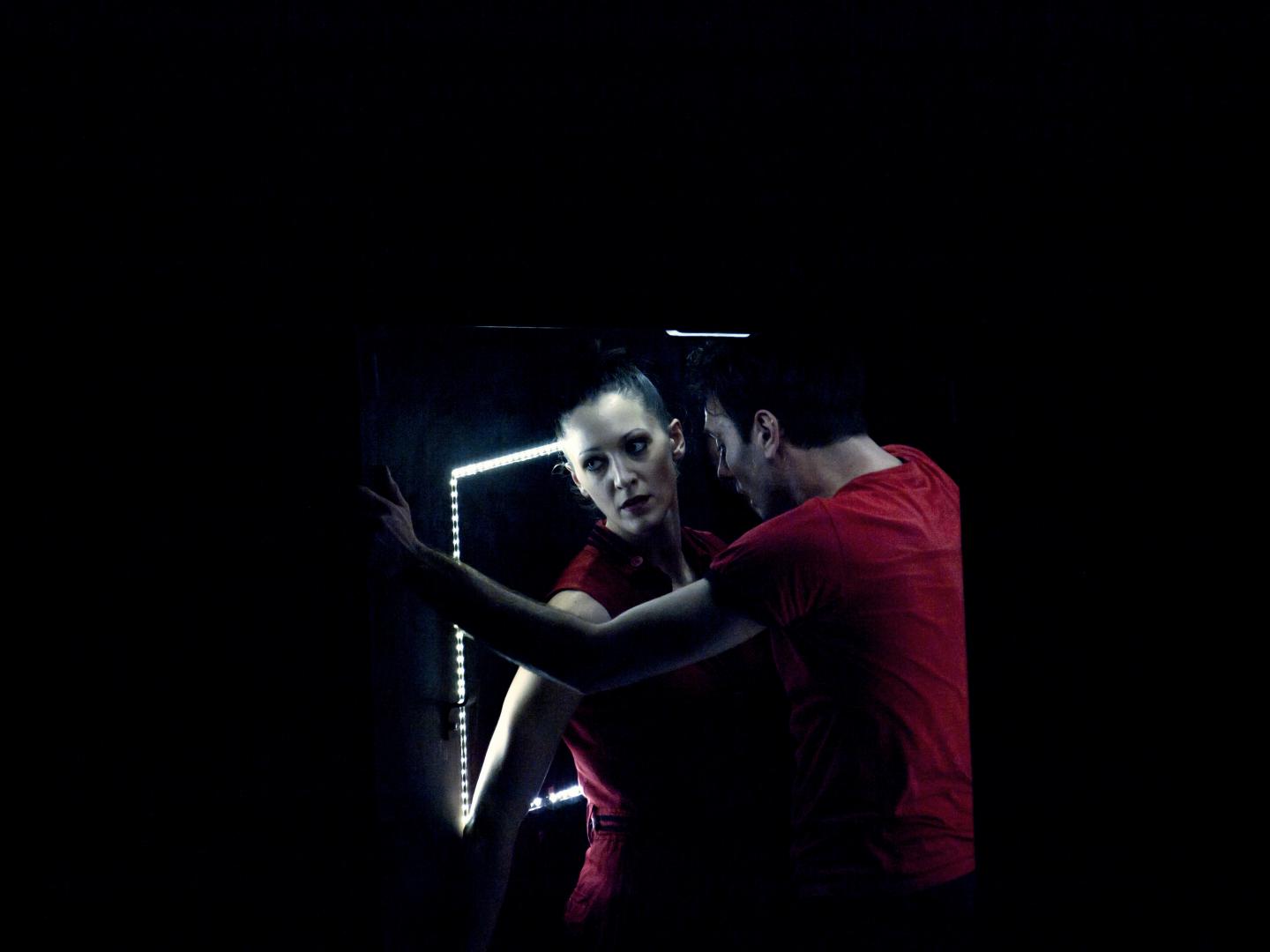 Interface takes the worlds of computer games, their simple functions and graphic quality, and it deals with the way in which the experience of the virtual affirms new possibilities of thinking about our identities: desirable identitites, fetishist identities, false identities, numerous identities that inhabit within us. If we follow the thought of Gilles Deleuze, the virtual should not be opposed to the real, but to the actual, while the real is opposed to the possible. In that sense Interface questions what the experience of the virtual brings to dance as a primarily sensory, perceptive theatrical act.

The choreographer organizes dance material in the form of a series of seemingly unconnected encounters, coincidences and interactions in an endless stream of passings- through. But those interactions, accidentally or not, make the events in our lives. The dramaturgy of the piece is based on the idea that the perception of the everyday life gets virtualized in our inner experience, our need to create little narratives in order to escape the chaos of the everyday life. The dance material has been created by adopting and stylization of the way of movement of the characters from computer games. Thus the dancers shape up new body identities, although they ultimately do not follow the development of those characters.

Interface is the forth full evening choreography of Snježana Abramović Mlković, devised for eight dancers. The audience is again invited to enter a highly theatrical, stylistically pure dance language which offers both the intellectual riddle and the top virtuosity of one of the most eminent dance companies in the region.

The sounds in Interface range from vinyl buzzing and cracking, the antique generator of the sound and misunderstood micro symphonies, to the field-recordings from my own archive (Sven Jakir: decoded voice) and other people's archives (Mario Rizzi: „Vukovar Soundscapes“). The external material includes the jazz standard „These foolish things“, interpreted by Ella Fitzgerald, fragments from Lully and Leoncavallo, „Valse Sentimentale“ by Tchaikovsky performed by Clara Rockmore, Vivaldi's „Spring“ and a fragment from the unpublished session with the guitarist Dragan Pajić Pajo at Mama Club, into which I subsenquently intervened with percussions.

We are slowly starting to live a stylized world because the real one is becoming evermore banal. The world of computers retells us the reality and we live the recycled reality. That was the inspiration for Interface.

VIJENAC: Unstable borders between the real and the virtual

Interface equally values the real world and the virtual reality, claiming that the overlapping of the real and the imaginary world on today's level of technological development is stable and that it is becoming evermore difficult to determine the borders between those two worlds. As a window into the virtual, the choreographer has chosen a set frame of computer games. The dancers adopt the body language of particular avatars, which is visible in sharp, brusque movements, slight jerking and taking of fighting position... although at first divided into a blue and a red team, the dancers mutually take over the dance material and dynamically take up the space by duets or group passages. The set suggests isolation – both the withdrawal of the players in the virtual game and the isolation of the person sitting in front of the screen and testing the virtual. Ivana Slunjski

Dancers of Zagreb Dance Company have again showed the amazing performative skill and maturity. Transcribing numerous computer codes into the physical ones, they form themselves from one dance sequence to another. The necessary consequence of many identities and their interaction is the chaotic quality of the events on the stage, which is further accentuated by the excellent sound setting by Višeslav Laboš. Zrinka Zorčec

Interface is built on two very strong and romantic duets with brilliant dancers. The first one is with the gentle, fluid and dramatically expressive Zrinka Lukčec in combination with Elvis Hodžić, who tends to be a bit „tougher“, but equally playful and skillful. The second one features the confident and acrobatically precise Aleksandra Mišić in combination with the visibly softer, warmer and coyer Ognjen Vučinić. The performance opens and closes with love duets by Lukčec and Hodžić, reminding us how much the art of seduction is connected with the careful consent to the game, that is, how much curiosity and preparedness to the risk enter the ancient form of a love duet.... I would say that Snježana Abramović Milković consistently explores the fidgety line between the grandiose, almost opera sentimentality and dance formalism. 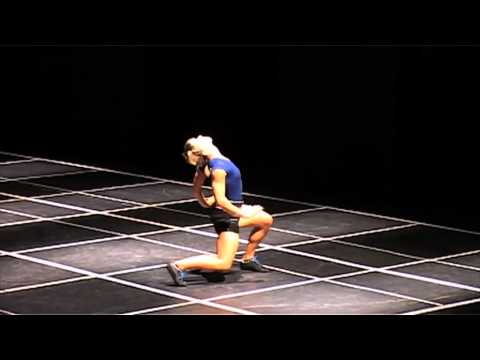