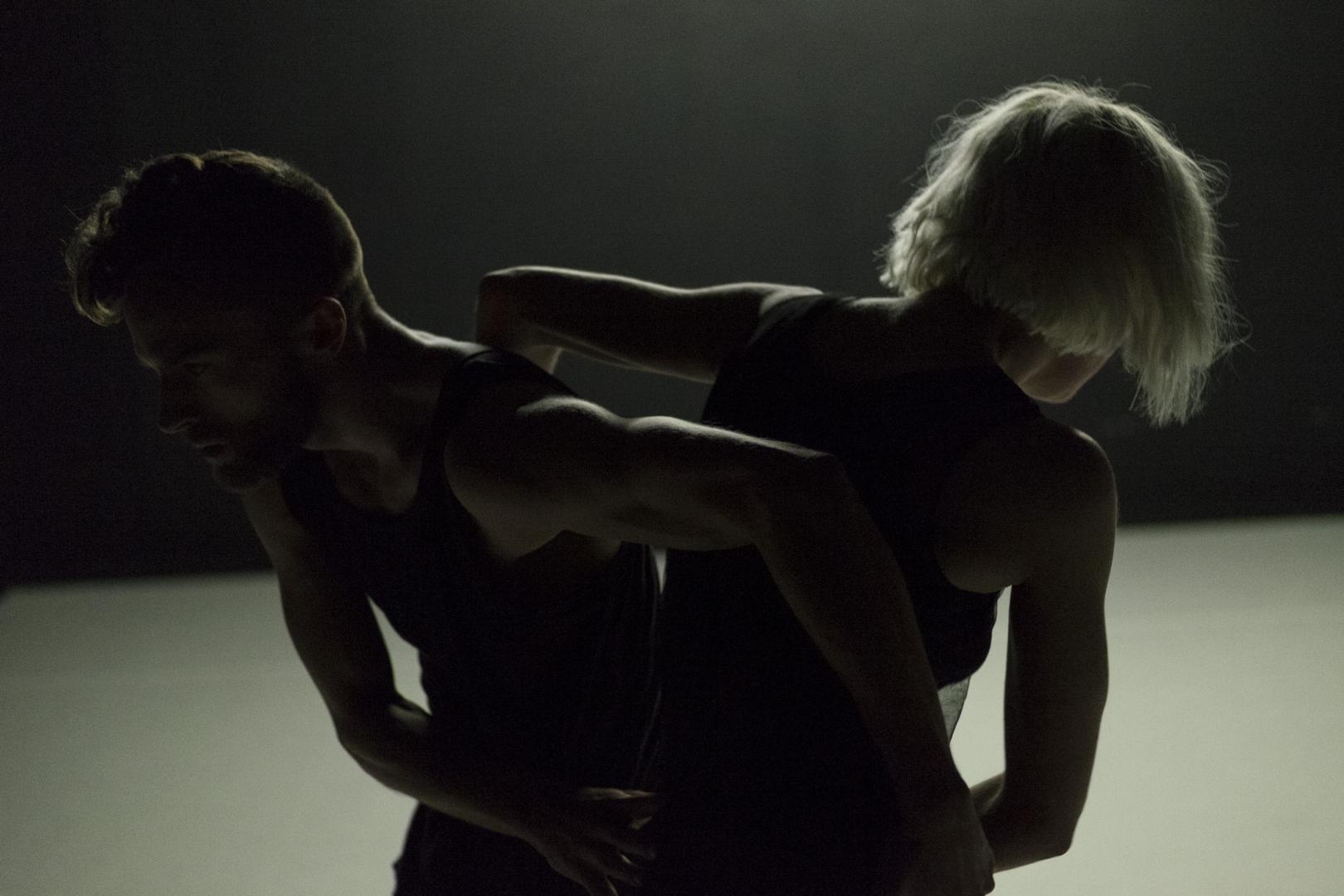 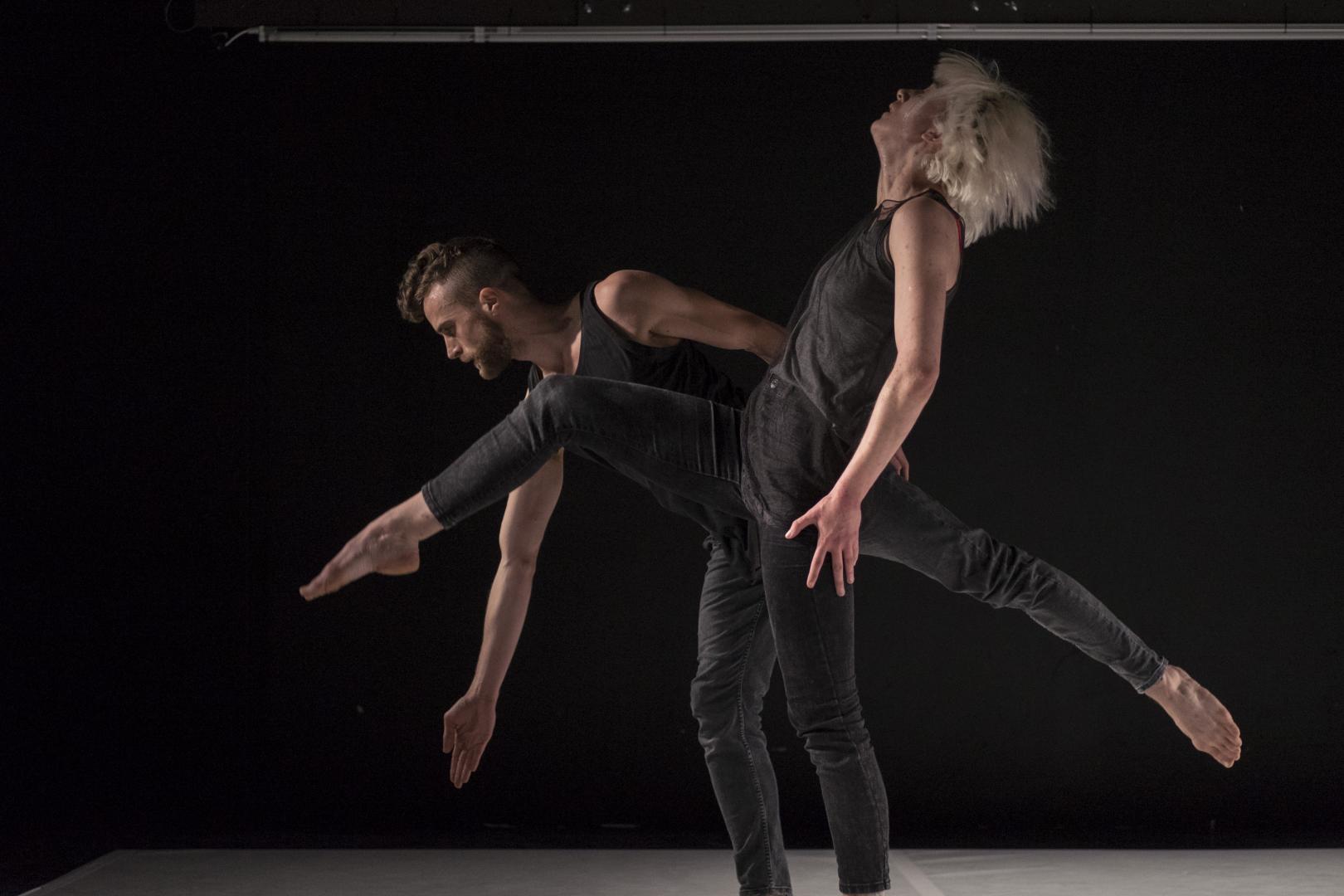 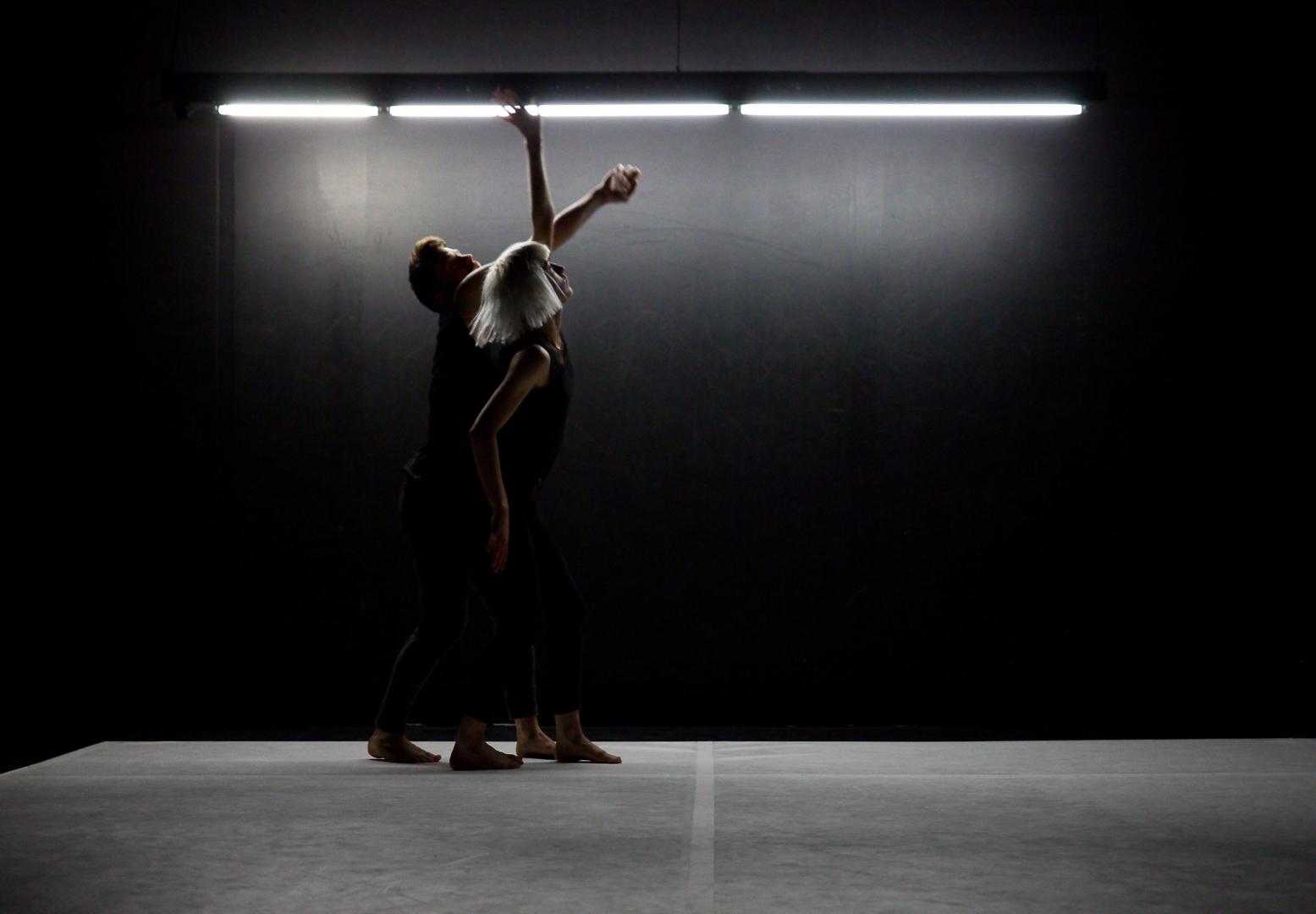 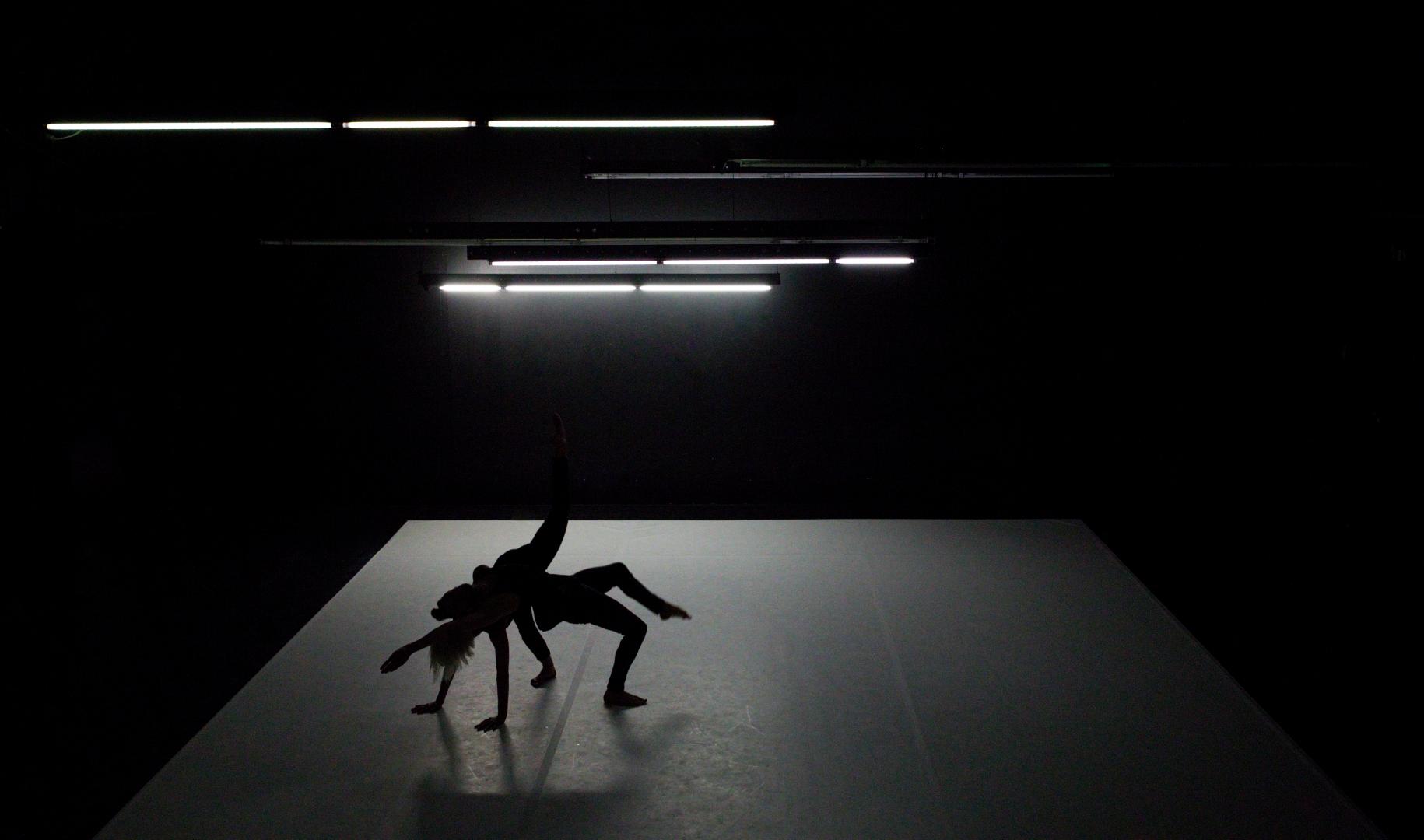 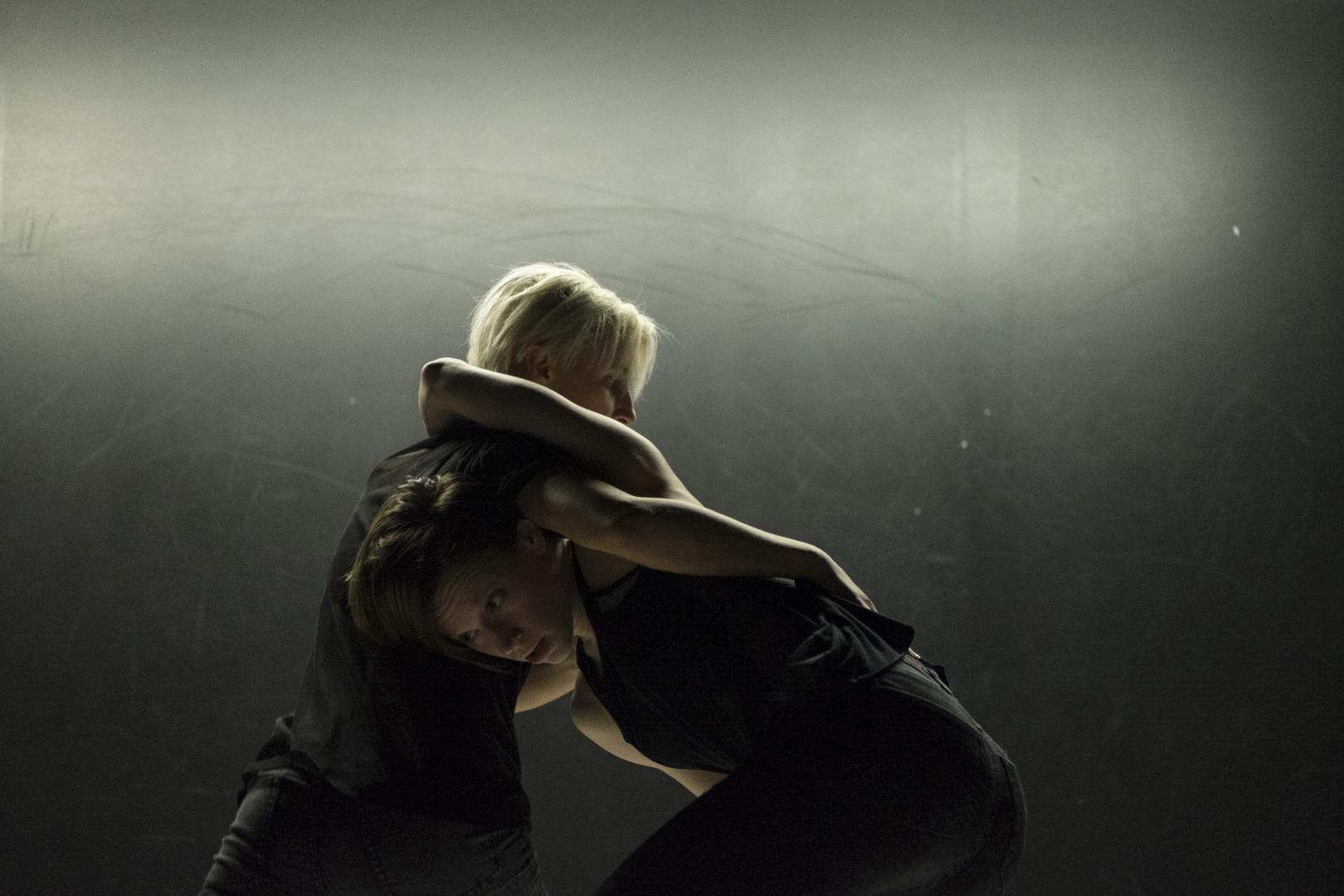 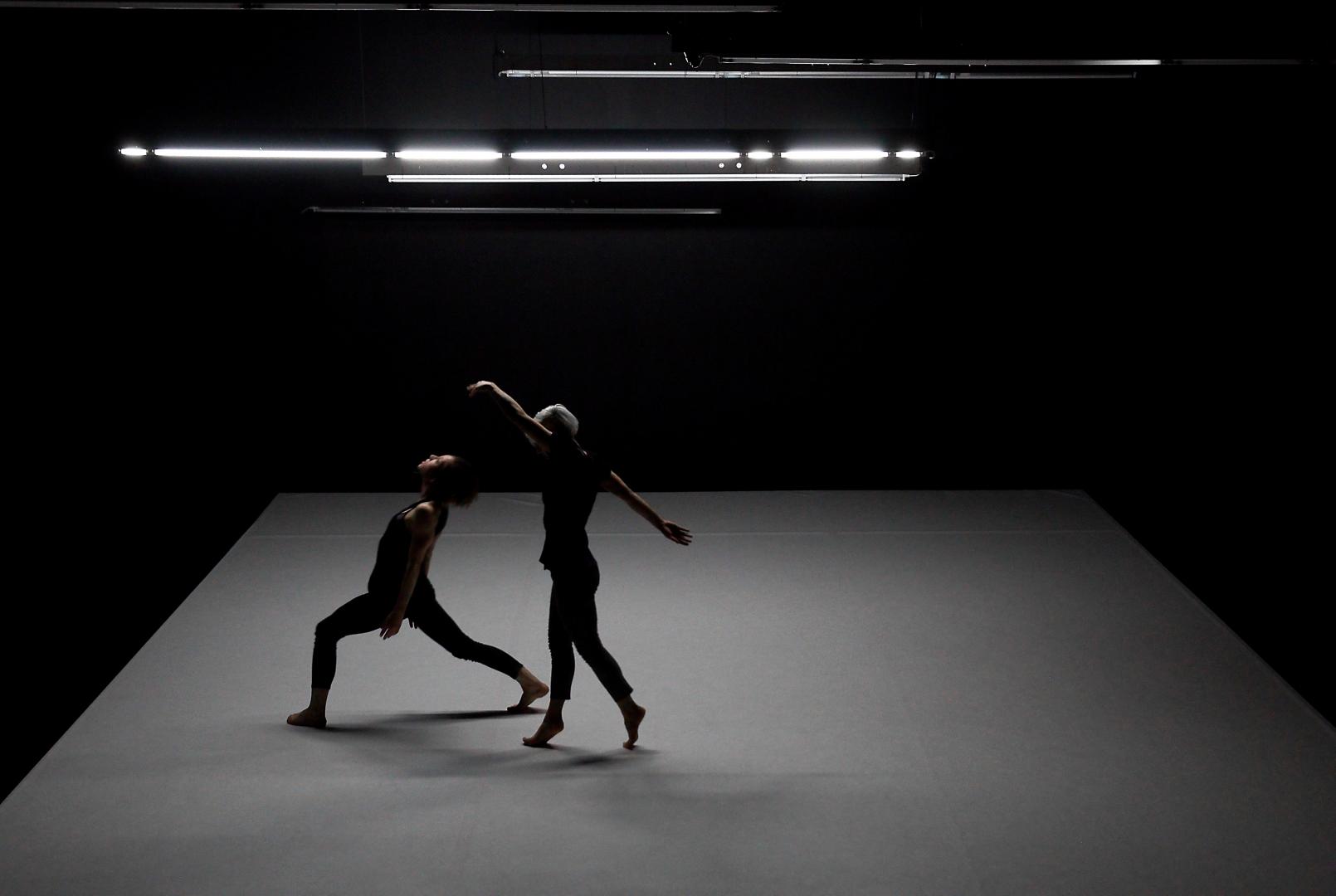 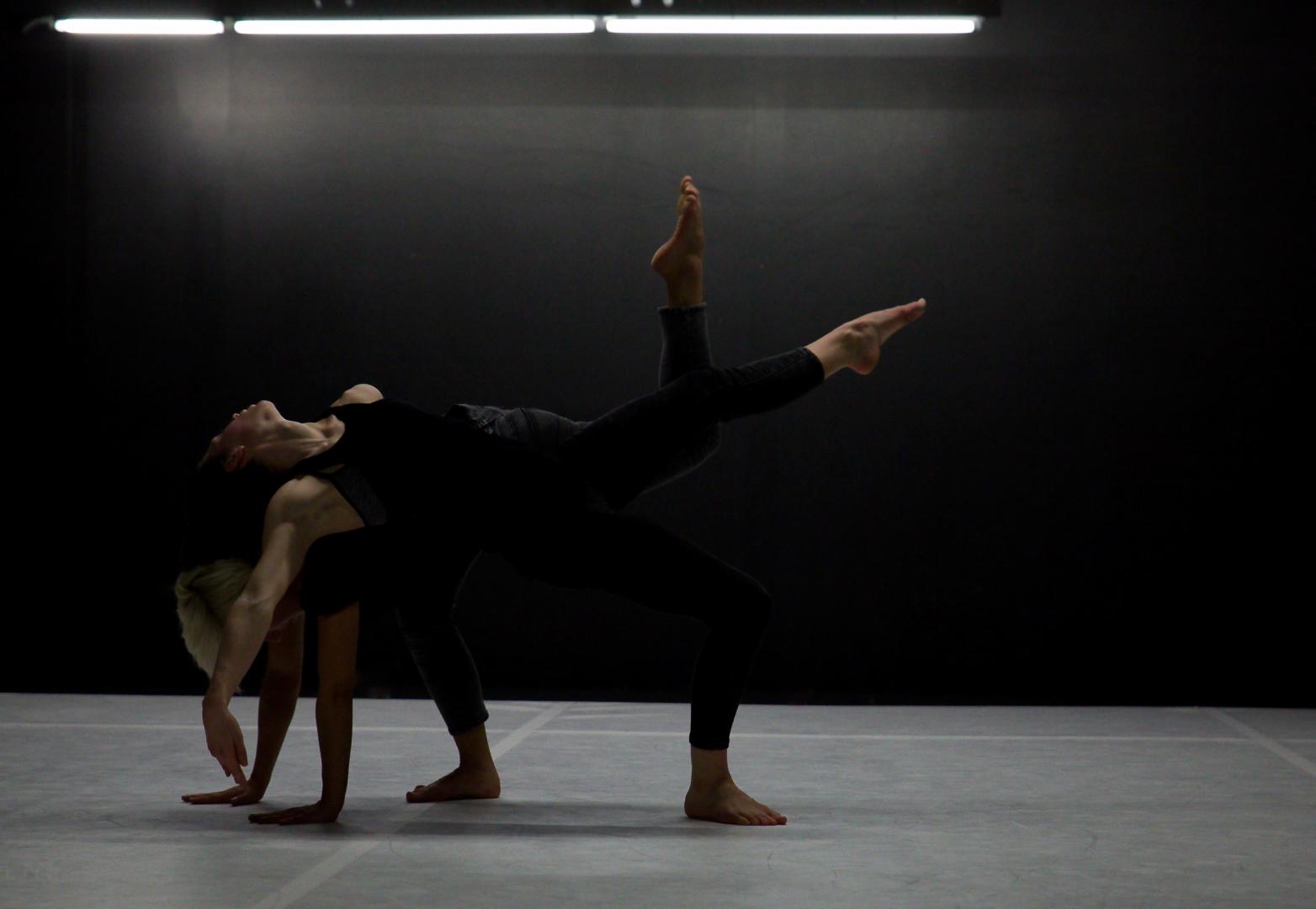 After the successful collaboration on The Devil's Garden (2016), which deals with the world of women, David Hernandez and Petra Glad join their forces again on the project entitled Other, a duet which deals with the relations between two bodies which are physically dependent upon each other. While The Devil's Garden gives us a glimpse into the world of a community of women, Other offers a view into the smallest possible community – a community of two in symbiosis, regardless of their sex or gender, or the kind of relationship they are in.

What is the distance between me and you and us and them? Other is an exploration of the borders between the self and the other. I set out to expose this topic by deciding to make a solo for two dancers who move as one body. They need each other in order to perform the choreography and are made codependent by keeping them constantly in contact. We witness them struggle and harmonise, rely on each other and challenge each other exposing images of many different kinds of relationships possible between these two fused personalities, giving us the chance to reflect on the nature of our own relationship to ourselves and the people we share space with in this life, both familiar and foreign.

David Hernandez was born in Miami, Florida where he studied 'studio music & jazz’ and opera at the University of Miami and dance at New World School of the Arts. Subsequently he moved to New York to work as an apprentice with the Trisha Brown company and begin researching with Meg Stuart. He left New York to follow Meg Stuart to Belgium to help begin the company Damaged Goods where he worked for almost seven years as a dancer and collaborator. David remained in Europe basing himself in Brussels where he continued creating his own work in the form of dance performances, installations, happenings and many other sorts of multidisciplinary projects for over twenty years. Next to his own projects he continued performing and collaborating with many other artists such as LaborGras, Brice Leroux, Anouk Van Dijk, Michel Debrulle, as well as directing, performing and researching as an improviser with artists such as Steve Paxton & Katie Duck, among many others. He was one of the three initiators of the improvisation project 'Crash Landing' along with Christine Desmet and Meg Stuart. David participated in a choreographic collaboration with Anne Teresa De Keersmaeker for many years for projects including Zeitung, Keeping Still, D’un Soir un Jour, and Cesena. As a pedagogue, David gives classes and workshops worldwide while maintaining a position as a main teacher at PARTS since 1995. Previously he developed and managed his own education program, PEP (The Performance Education Program) for several years in the framework of Klapstuk festival in Leuven, where he was also in residence. David continues to work as a singer and joined the early music vocal group Graindelavoix, led by Bjorn Smelzer, as well as Reve d'Elephant Orchestra jazz band, performing in concerts, recording discs and touring with several different projects as a musician. David continues creating his own work within the organisation dh+, David Hernandez and collaborators, whose most recent performances, For Movement’s Sake, Hullabaloo and Sketches on Scarlatti are presently touring.

Other is one of the shows created within Zagreb Dance Center artist-in-residence program 2017/2018, with the support of the Ministry of Culture of the Republic of Croatia.