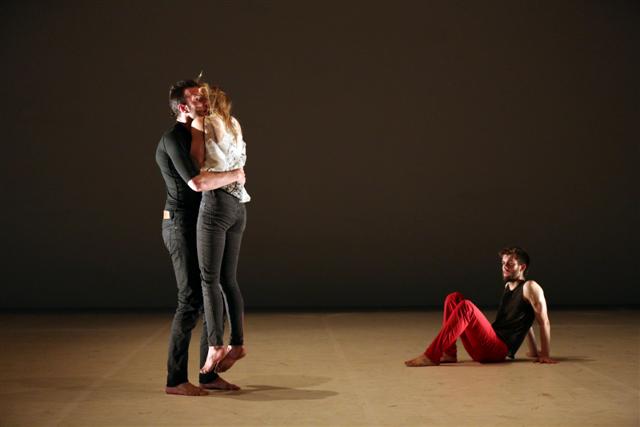 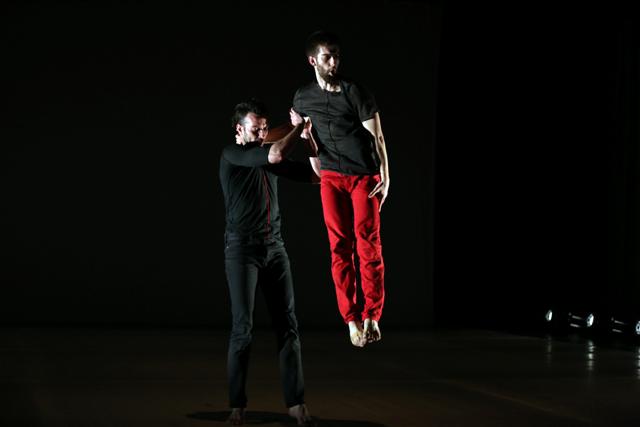 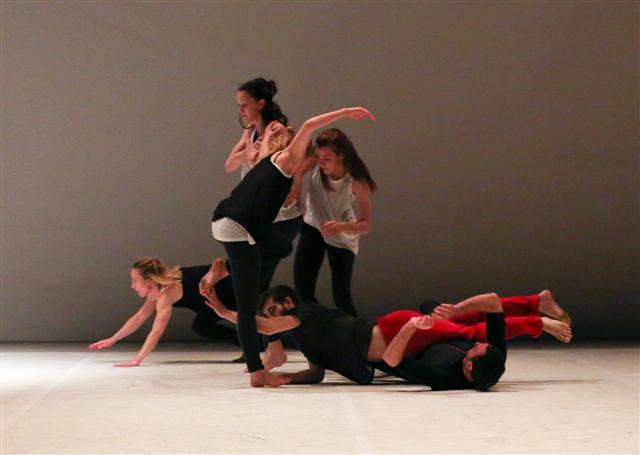 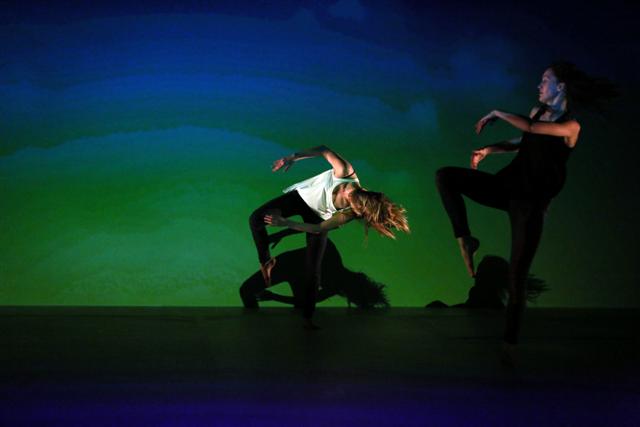 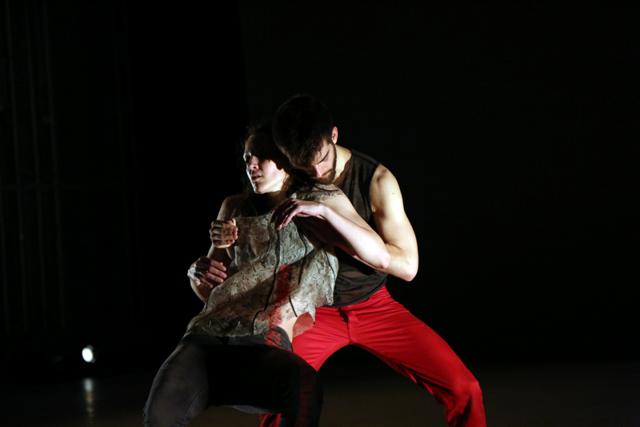 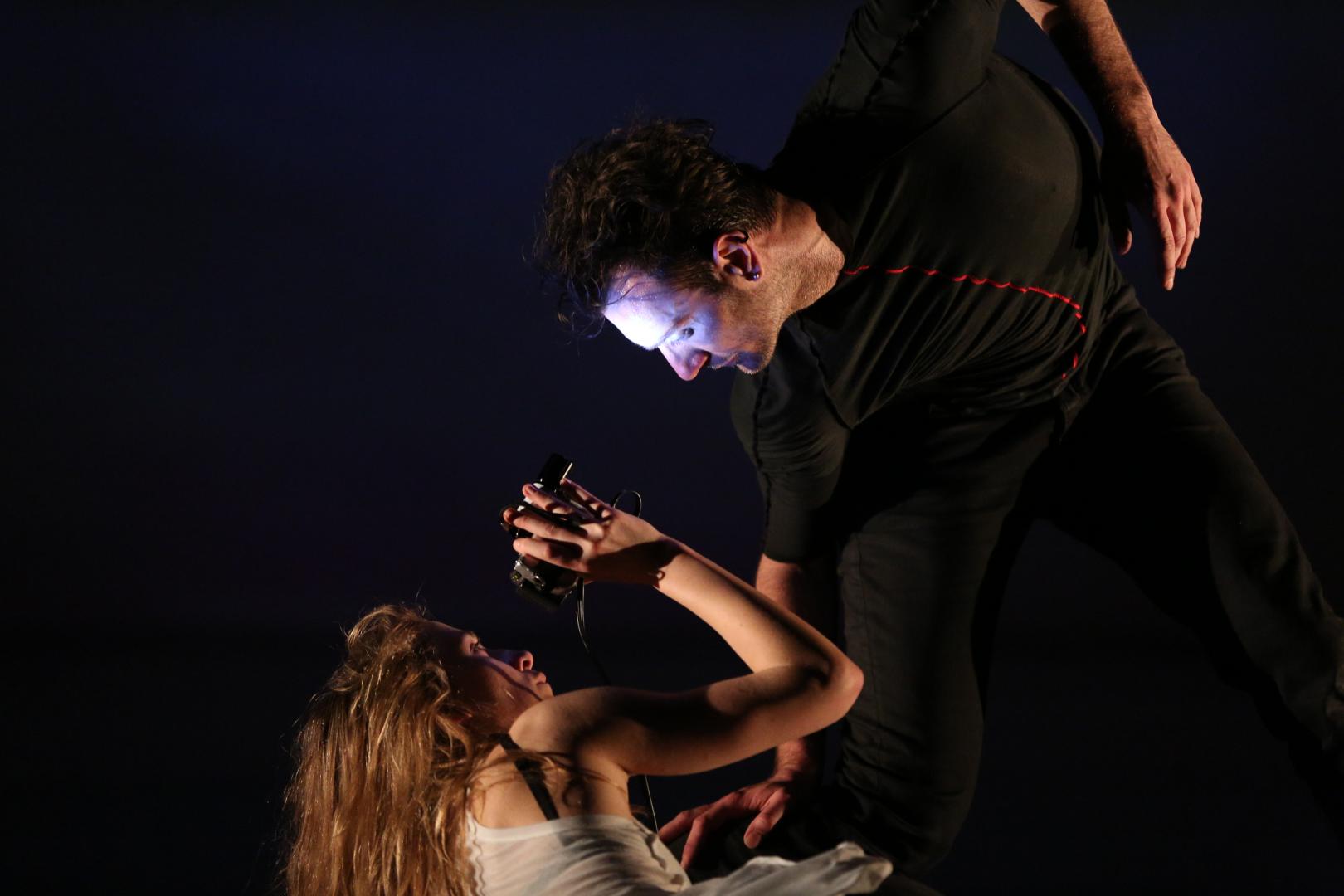 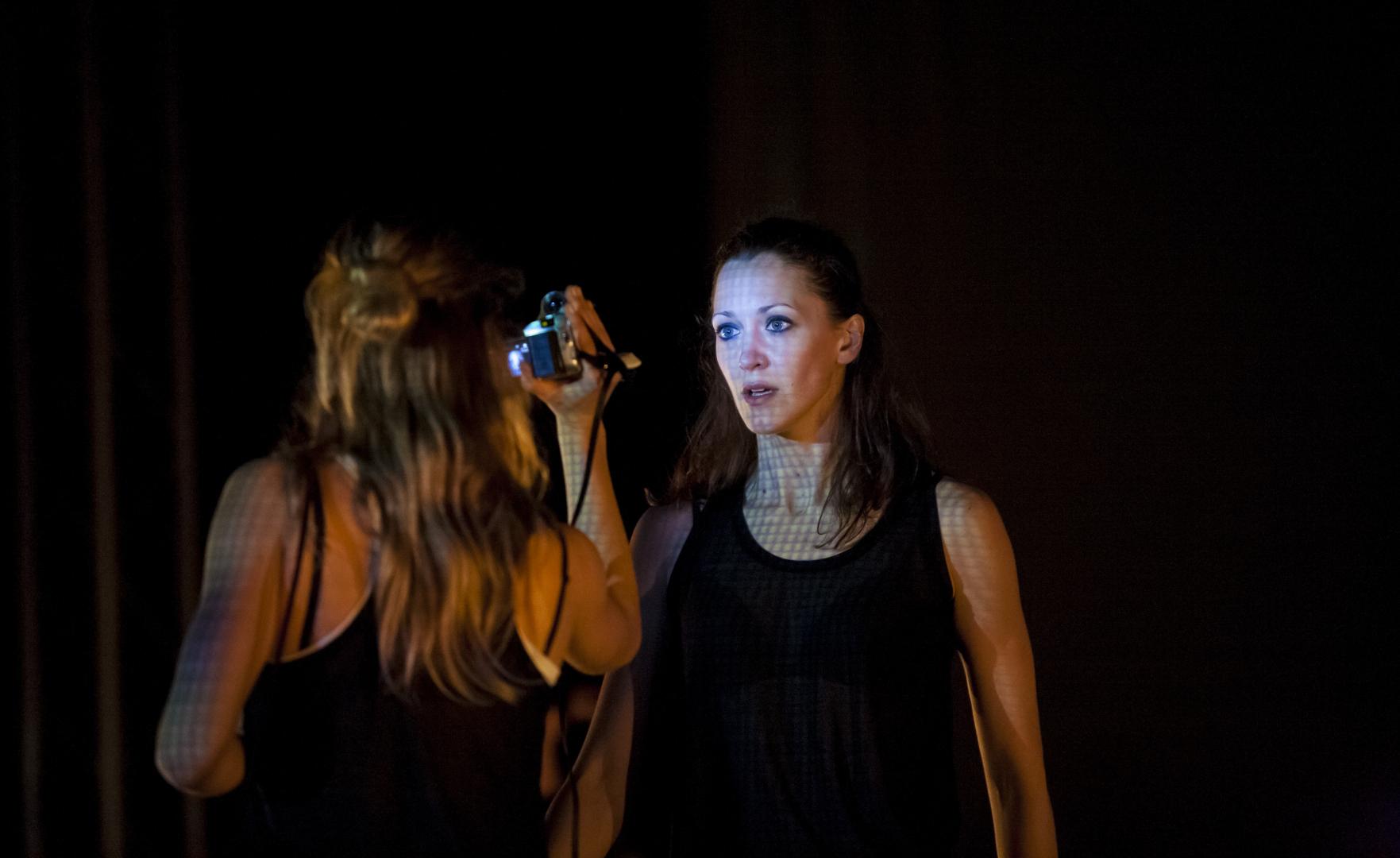 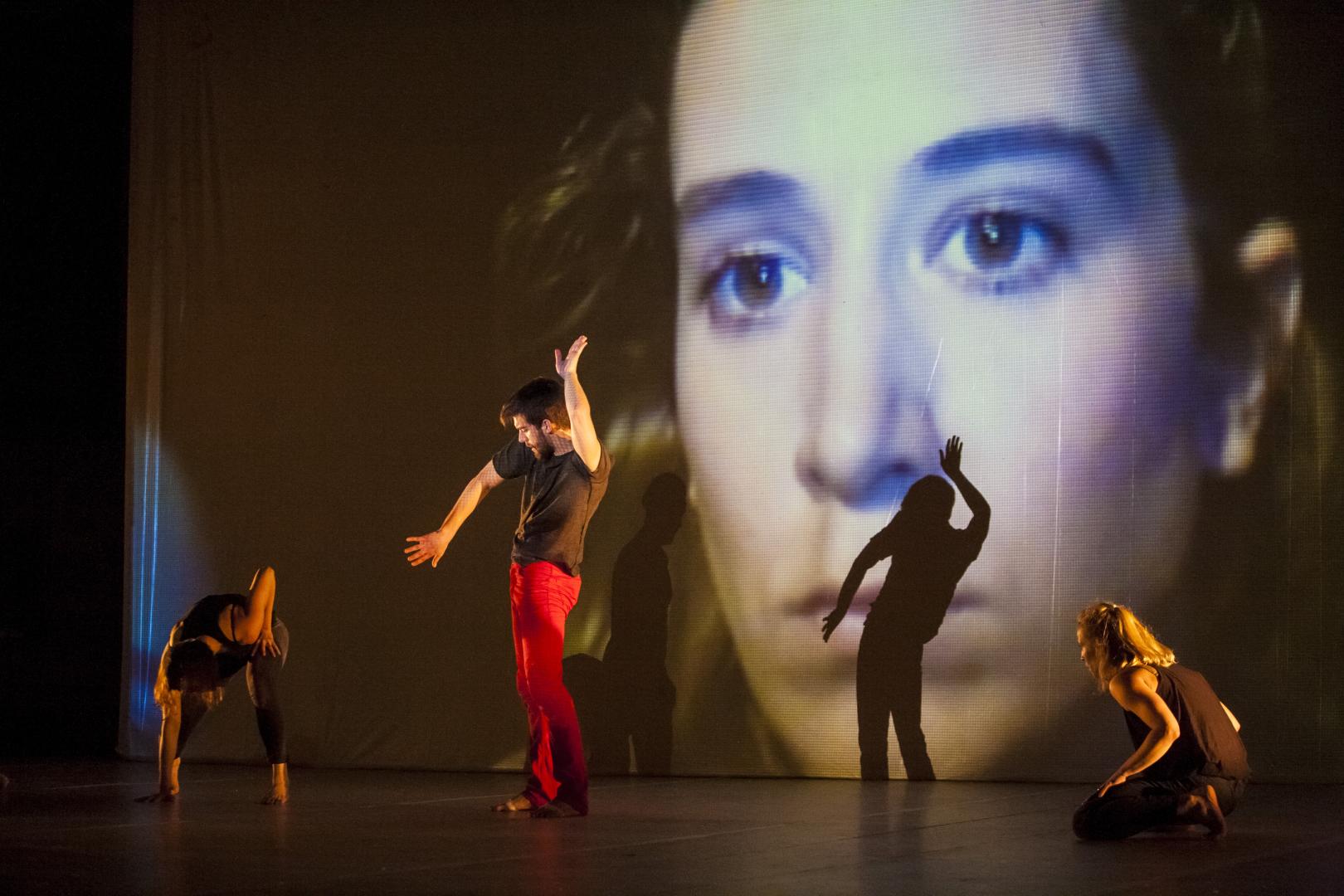 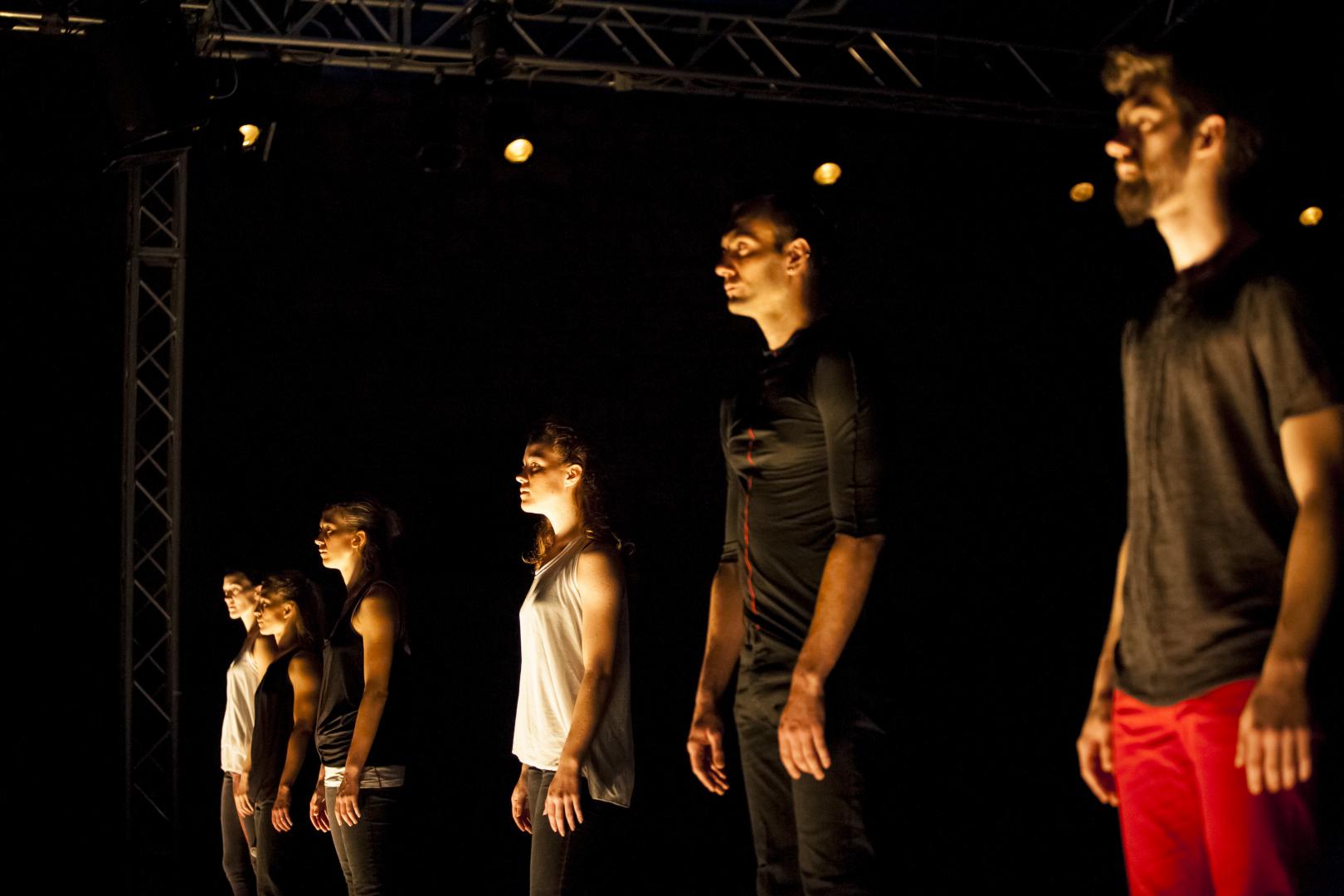 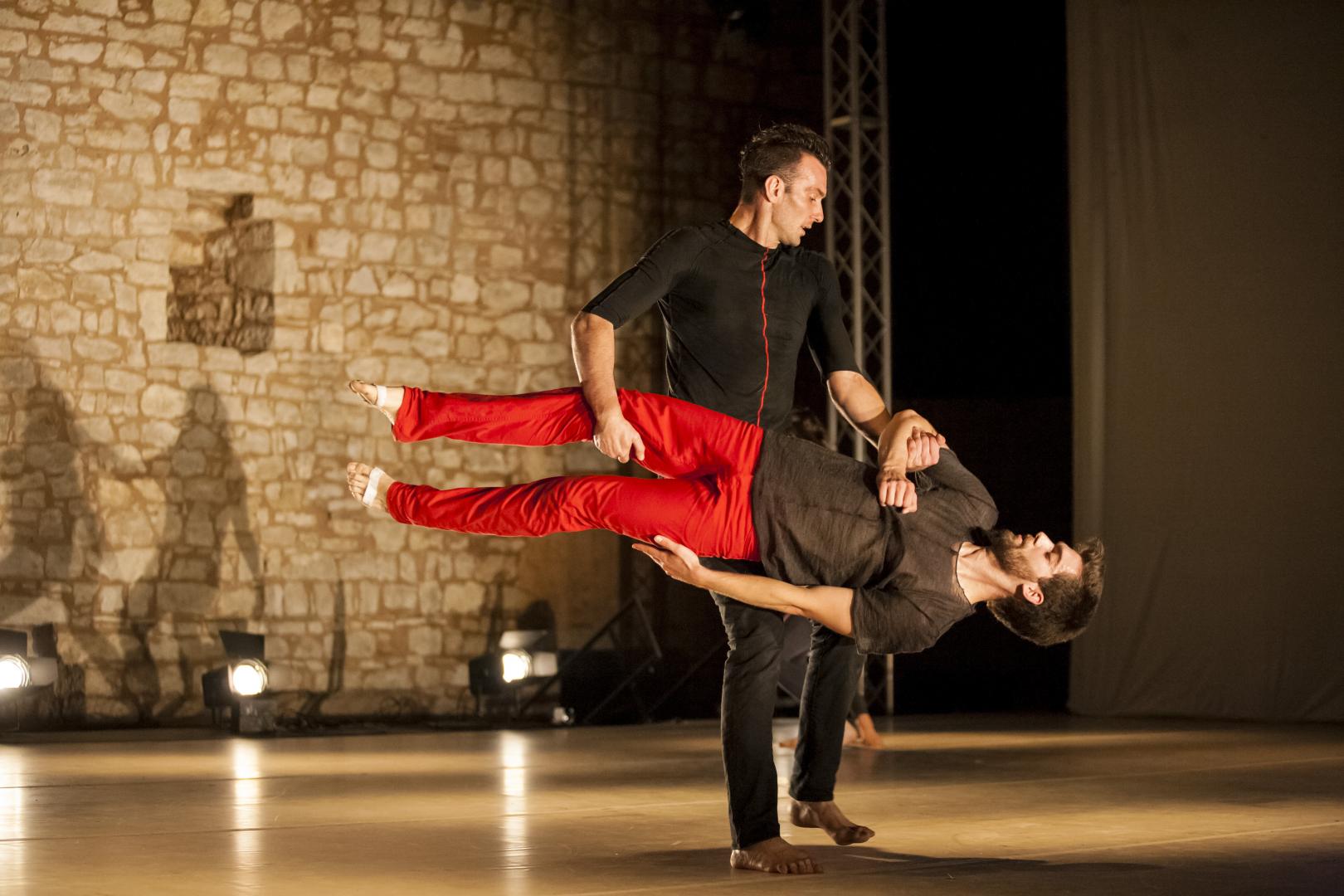 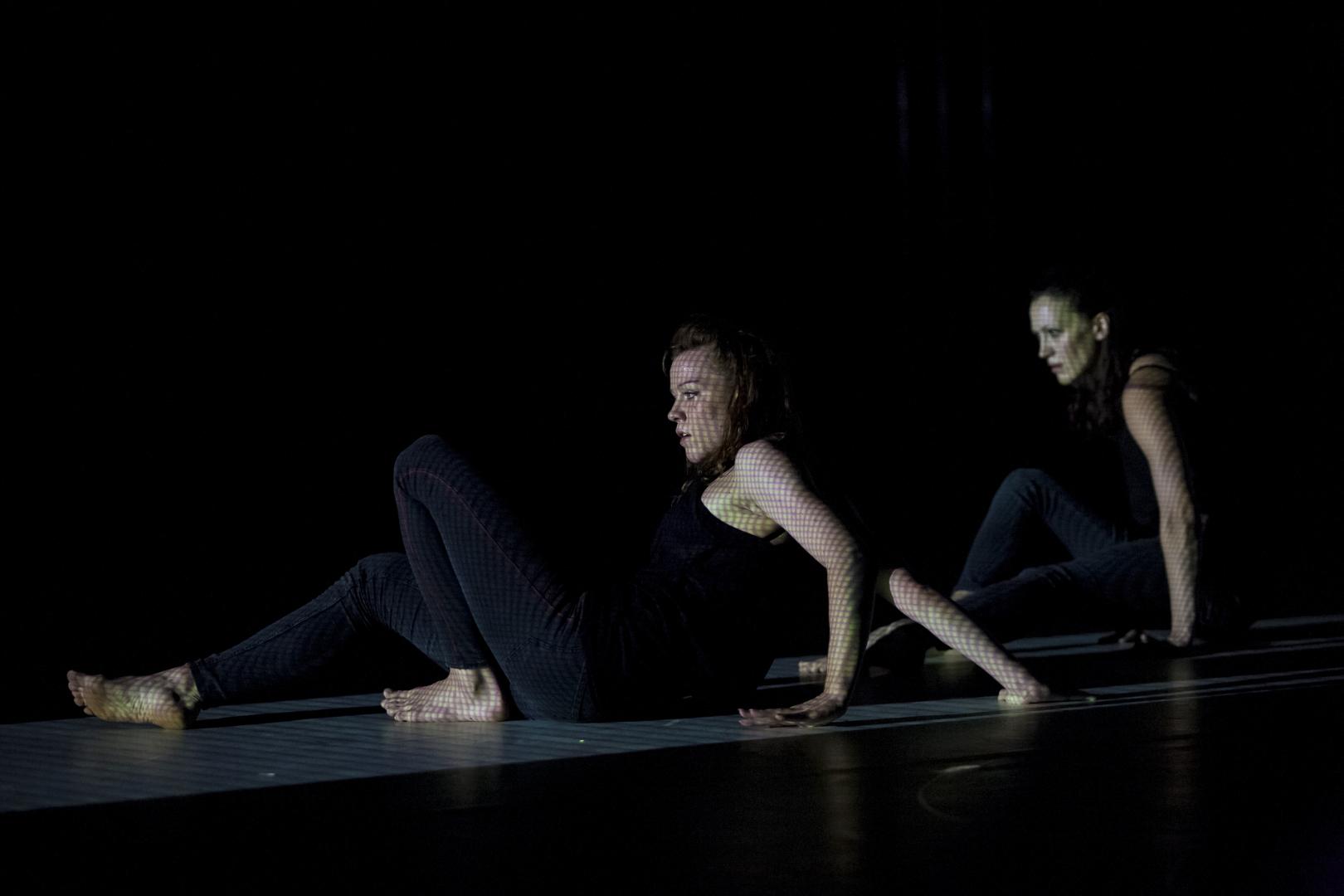 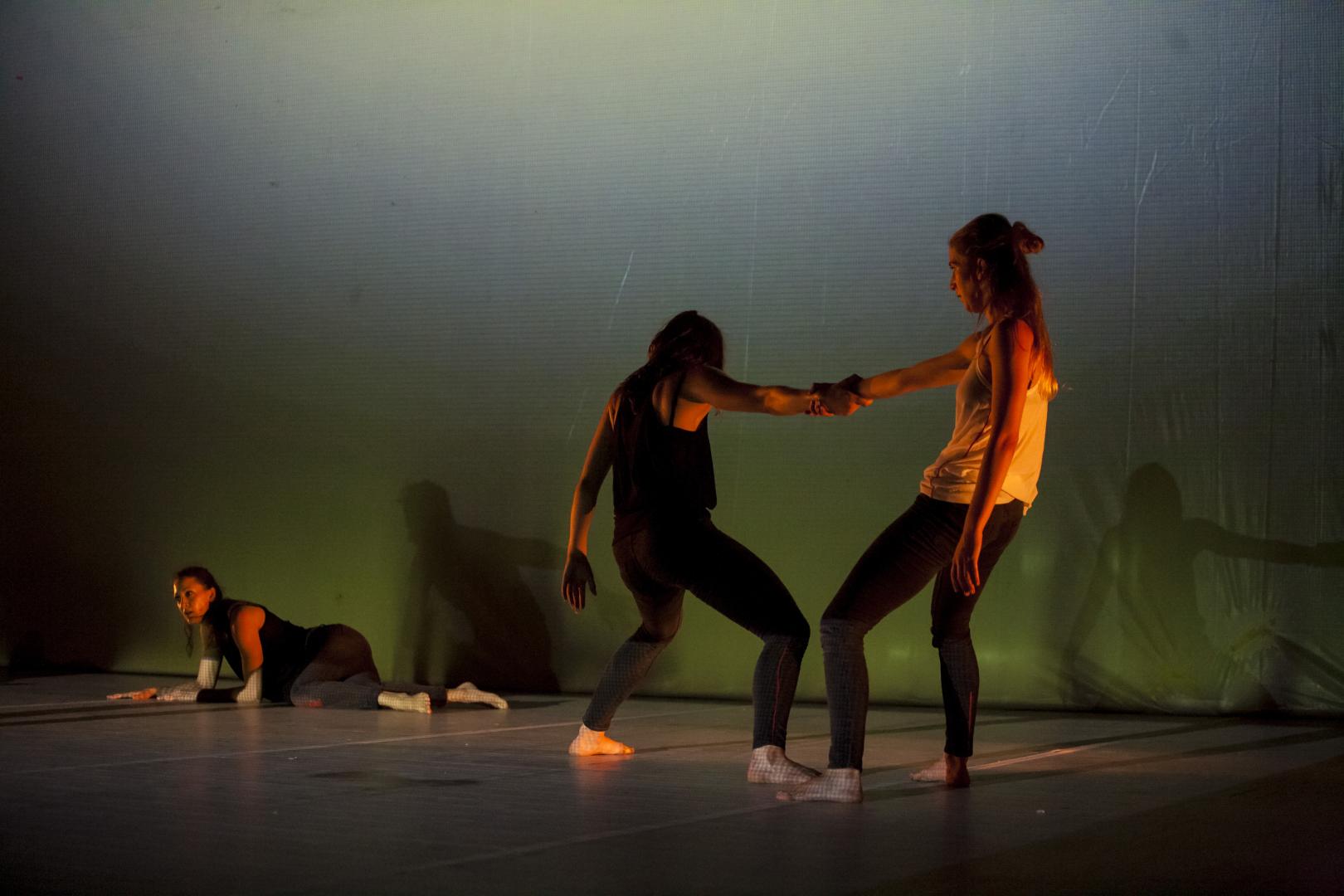 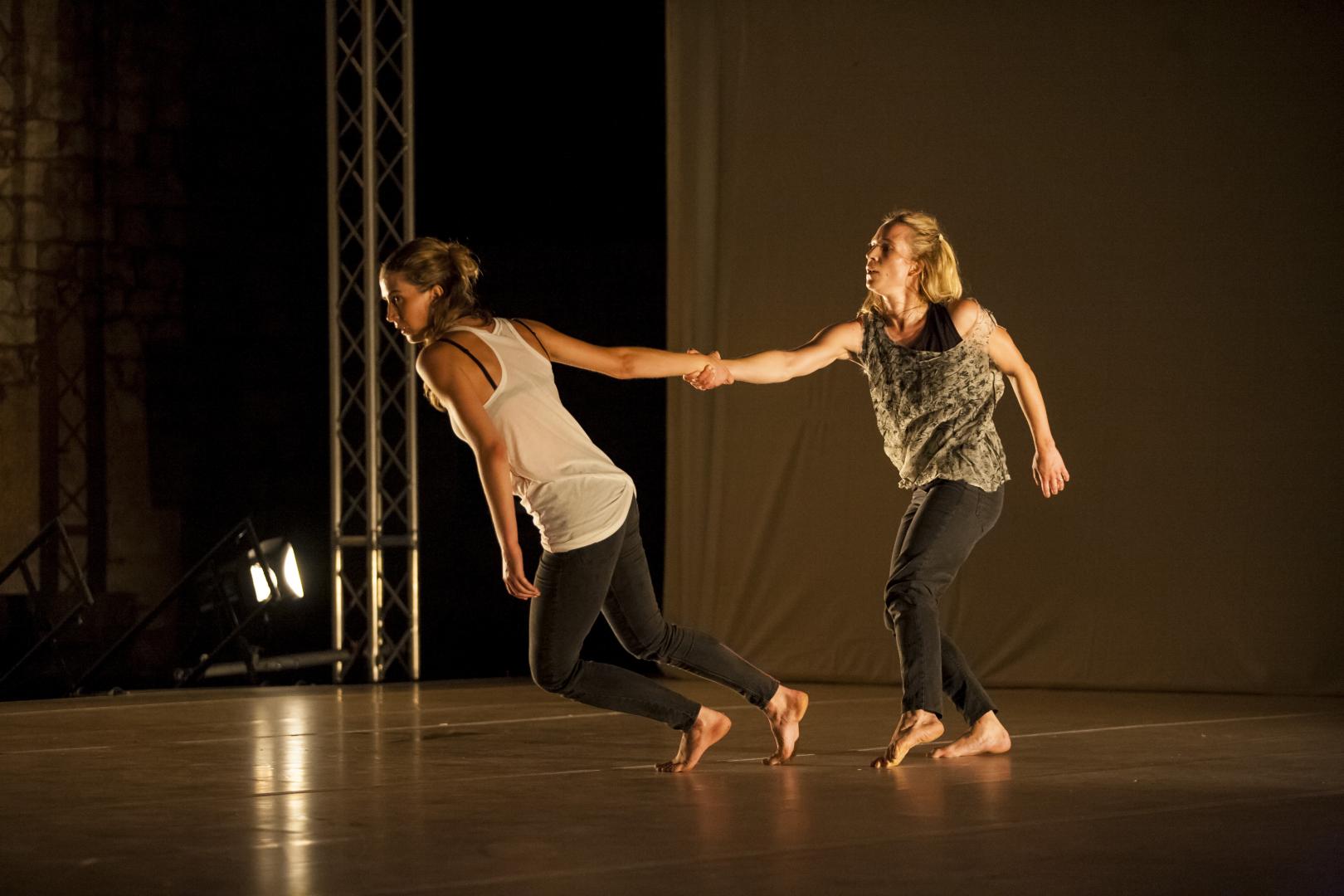 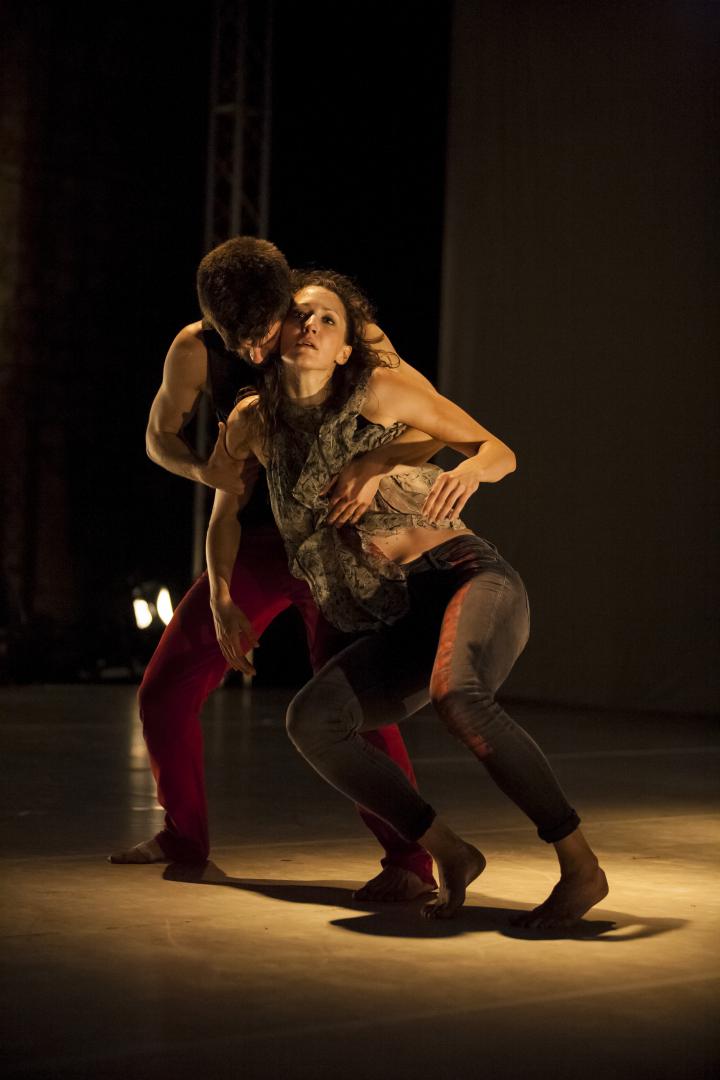 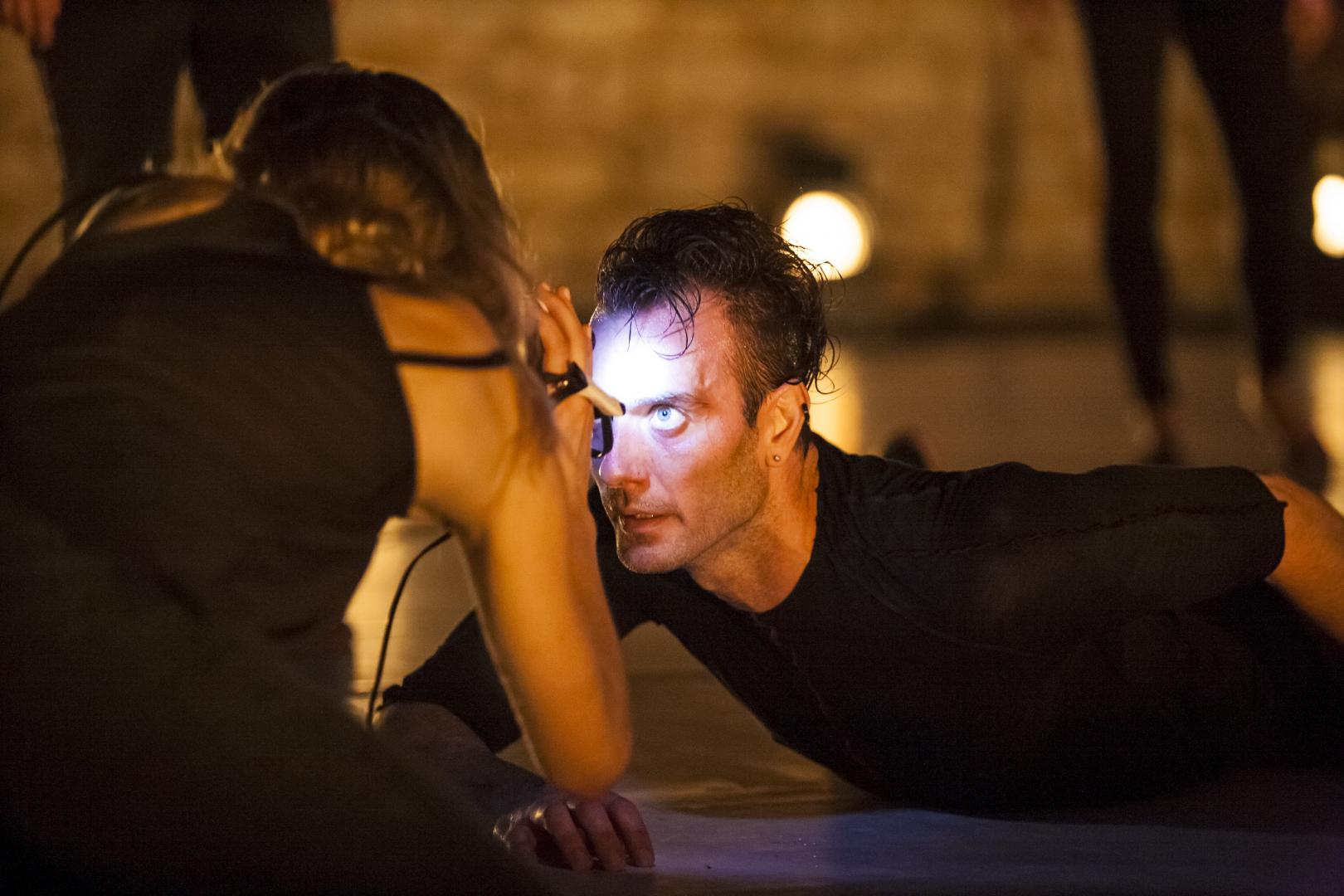 Requiem for Z is motivated by Snježana Abramović Milković’s intimate need to try and figure out how to deal with ephemerality of human life, on and off-stage, and it can be considered a sort of sequel to Interface and Stripped, author’s previous works in which she dealt with the alienation in modern society among other things.

Strong, agile and well-trained dancers’ bodies are placed into situations which suggest the times when those same bodies are not at their peak, but reveal their weaknesses and impotence, inherent to all bodies. Constantly creating the tension between individuality and fellowship, between the need for independence and the need for participation, their bodies are revealed both as very powerful and very vulnerable, self-sufficient but in search for other bodies. Two male and four female dancers are thus presented as human beings who grow more fragile with every new movement, but who also manage to find a renewed strength thanks to each other.

Inhabiting two worlds at the same time – the world of everyday life which is marked by metaphorical madness of daily routine, and the world in which that logic is halted and replaced with the effort to create profound relationships - dancers are searching for answers to the questions about their own and other people’s ephemerality, impotence, disappearances, departures… and revealing layers of intimacy which are hidden beneath frenzy, and not always easy to get to.

Aided in this play by a hand-held camera, dancers are simultaneously questioning the ways in which interpersonal relations are “mediatized” in today’s world, raising second thoughts about the prevailing complaints which claim that technology only alienates people. A camera and a screen (as the only elements of scenery) thus do not represent foreign bodies on stage, they are not just cold technology gadgets, but open up possibilities of interplay between real bodies and the images of those bodies, between the one who is recording, those who are being recorded, and those who are watching all that going on before their own two eyes. Inclusion of the camera in the choreographic process unequivocally speaks about the importance of recording in maintaining of even most intimate human relations, and about our ever growing obsession to record the time we spend together, which is sometimes motivated simply by our affection for the other.

Although requiem in the title suggests solemn strictness and sombre tones, Requiem for Z is an emotional and deep-felt show, not only a service for the dead, but also an invitation to contemplation to all of us who are still alive. 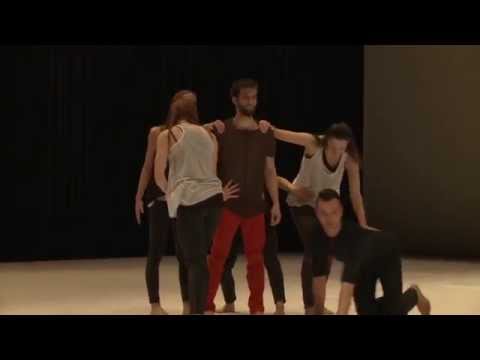