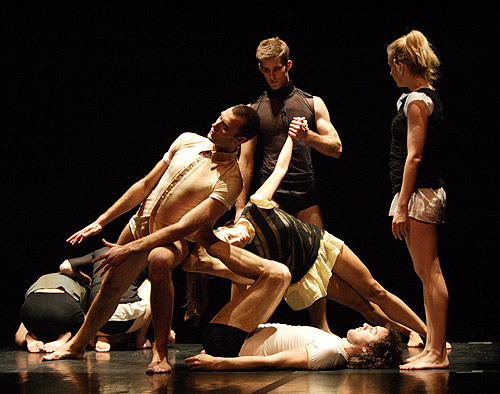 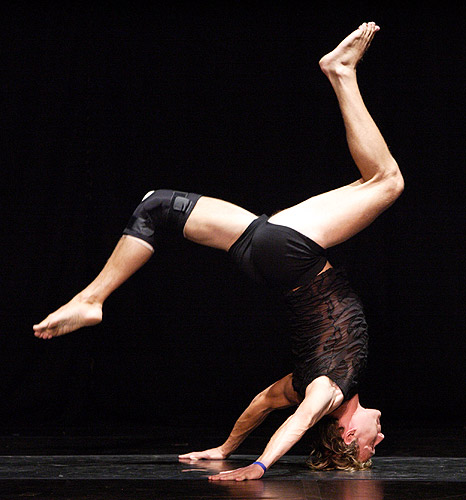 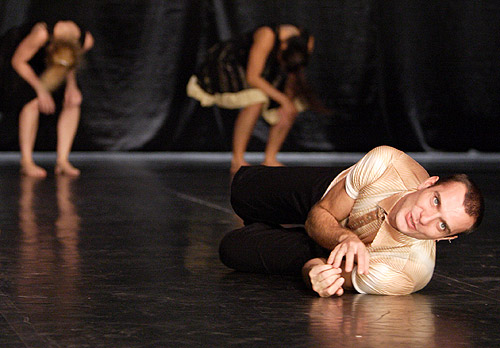 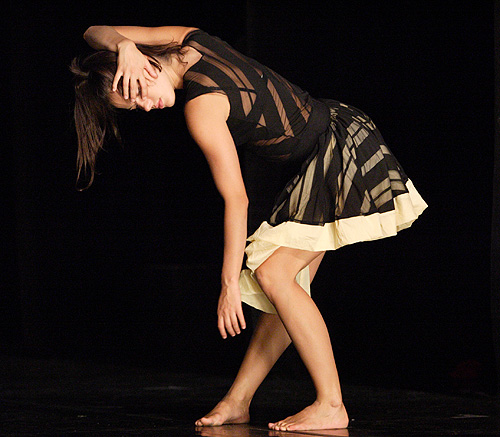 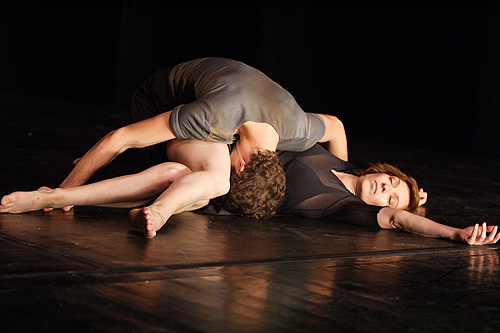 Stripped is a full-fledged production by renowed choreographer Snjezana Abramovic. It is a dance performance with 8 dancers of Zagreb Dance Company and the guest dancers. The show is going to be premiered at the beginning of the new season, on October 6, 2007 on the big stage of Zagreb Youth Theatre.

The world of opera is entirely fictional and it is providing a possibility to play around with stereotypes, myths on which contmporaneity is based on. We are using the world of opera as a tool for investigation of melodramatic feeling of life, which is served to us trough the everyday media. Melodramatic genre is operating with the big feelings, strong emotions, melancholic sense of loss, but it is also promising surprising twists and turns of luck, glory and higher justice.

Stripped is a serious, thoughtful dance project which is using the ironisation of contemporary male-female relations as a tool and employing the language of suggestion at the same time . 8 excellent dancers are leading the spectators into the world of the extremes and the ironized paradises offered to us trough the contemporary sense of life.

It is a fact that the encounter of dancing bodies and opera music is vital, innovative, sometimes scornful, but certainly explosively energetic, and that the dancers sometimes even expressly ask "not to be interrupted" in the enjoyment of corporate response to the opera appeal of Händl's, Donizetti's and Verdi's music. The wholehearted dance consent to the research of opera excessiveness is a particular quality of this witty and stylistically ambivalent production, for which reason the whole artistic ensemble should be praised.

The "stripping" of an old art form has shown its vehement artistic power, not its dullness. The packed Zekaem Theatre and thundering applause of the audience are another prove that the viewers loudly and clearly demand to be given dance, and not only drama productions.

Snježana Abramović Milković's new production is an attack on the general hypersexualisation, emphasized and distinguished by the melodramatic affectation of the opera genre. The world of "Stripped" in its powerful duets and running group sequences feels like a decadent, glamourous party which inevitably rushes to its not so bright end.

The skeleton of the show is a series of "images" inspired by the age of baroque and created by dancers who combine the abstract movement with the repetitive, often lascivious gestures, while their individual character melts into group forms of generalisation... The final "frieze", with the mobile element which was breaking the visual whole of the "image" was purposely offered to the audience as the most effective scene of the show.